Thanks for the feedback last week. Super helpful - and a special thanks to those who spotted the secret signal. More did than I expected, so I appreciate how attentive my beta friends are.

Lucky eight links today. I’m definitely thinking about whether I rewrite headline links to describe the story more, and then use the space under each link to give my 2c worth of thought on the subject.

In some places I think it’s important to add follow on links or a related link. But I’ll play around with the best way to do so.

A project in California could see 250,000 people freed from their criminal record this year.

Deeply dark television shows the problems of a lot of televisions AND a lot of compressed streaming services. So nice tips here on getting better results.

Gillespie has been doing the media rounds with some highly charged arguments about the wildly addictive qualities of mobile tech. This review is a good breakdown of where his evidence is lacking.

Facebook is trying to make the word “private” meaningless

The company doesn’t need to read your messages to keep collecting data about you. (This is exactly like the debate over metadata when Australia launched wholesale data retention laws…)

The productivity pit: how Slack is ruining work

An interesting discussion but one I feel misses the fundamental issue of workplace leaders failing to set clear rules of engagement for internal comms tools. I think Slack is an amazing tool for asynchronous workplace communication and when setup well it can replace an awful lot of other workplace systems.

[Plug: if you’d like me to come train you on how to setup Slack properly, I’m available for consultations.]

Who do you trust to track your phone usage?

Apple Cracks Down on Apps That Fight iPhone Addiction

Last year, with much fanfare, the tech giant unveiled a screen-time tracker of its own. Then it quietly began purging competitors from its store.

Here’s a link to Apple’s response: “MDM gives a third party control and access over a device and its most sensitive information including user location, app use, email accounts, camera permissions, and browsing history.”

My 2c: A big part of Apple’s pitch these days is privacy. I can understand why it doesn’t want to create a trust problem when one of these third party tracking apps gets its server hacked and iPhone user data is leaked because of how much access this MDM system (which is intended for corporate environments) allowed.

Web tracking has become so nefarious that most browser makers have stopped supporting the ‘Do Not Track’ standard because almost no sites ever supported it (like ignoring those ‘No Junk Mail’ stickers on letterboxes) and many unscrupulous web tracking systems have been using it as another element they can add to an array of data points to build a fingerprint profile for users.

You’re basically easier to track if you tick the DNT box.

What a fun time to be alive on the Internet…

The feel good nerd moment of the week

If you missed the news of a school devising a play based on Alien, it’s really a thing. And now we find out Sigourney Weaver crashed the drama club production of Alien: the Play. And there’s video! 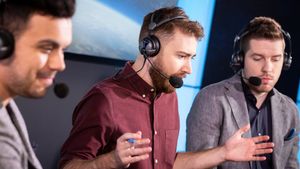 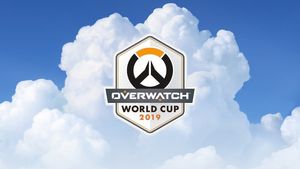