"Hey, let's make a new coin for Stephen Hawking that honours his life by portraying the beauty of a black hole that can be carried around in someone's

"Hey, let's make a new coin for Stephen Hawking that honours his life by portraying the beauty of a black hole that can be carried around in someone's pocket." Someone kinda said that and actually pulled it off. It's gorgeous!

The designer, Edwina Ellis, didn't say the above. I made that bit up. What she said is far more elegant.

“Stephen Hawking made difficult subjects accessible, engaging, and relatable, and this is what I wanted to portray in my design, which is inspired by a lecture he gave in Chile in 2008.”

“Hawking, at his playful best, invites the audience to contemplate peering into a black hole before diving in. I wanted to fit a big black hole on the tiny coin and wish he was still here chortling at the thought.”

Even more exciting? We're going to get coins that speak to the awesome work of other famous British scientists – Newton and Darwin. What will they come up with for those two?

Get it from the British Royal Mint while you can.

I'm not really sure they'll be as cool as this one. But I'll be more than impressed if they do. 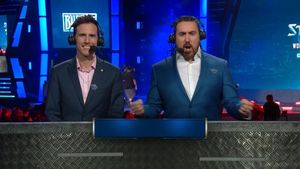 
Starcraft casters PiG and Maynarde behind the scenes at IEM Katowice 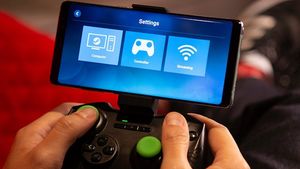