Online games and toxicity. Like flies on the proverbial, it's just something that has been deemed an inescapable part of playing online. But it really

Online games and toxicity. Like flies on the proverbial, it's just something that has been deemed an inescapable part of playing online. But it really shouldn't be. This isn't what civilised society acts like. And thankfully, some games are trying to deal with it by encouraging and rewarding positive play.

So it's good news that Blizzard is able to report a drop in toxicity in Overwatch after a series of tweaks and changes over the past year to improve how people interact in the game.

In a talk at GDC about the impact of the endorsement system, Natasha Miller, Research Scientist at Blizzard Entertainment, explained how creating a reward system for positive behaviour has reduced toxicity by making players see the benefits of making the effort to be good team players and good communicators.

Miller analyzed several sets of data after the endorsement system had been out in the wild for the better part of the year. One data point that examined the number of reports per match showed that there had been a 40% reduction in matches that had disruptive behavior. “We also put out a survey to see if players perceived the endorsement system to be the reason for the decrease in negative behavior,” she said. “Perception can be different than reality, it was close in this case. Players agreed the system was working the way we intended it to.”Variety

The further addition of a Looking For Group system to allow players to find other players at similar endorsement levels and who like to communicate in similar ways helped to further bring people together around preferred styles of play.

Nothing is perfect, and no doubt some would argue the system is still not doing enough, or that the shifting sands of who is playing what could also be a factor. But screw that – let's give credit to every effort to improve the online landscape.

We need every company to chip away at everything that is wrong with online gaming communities so that, layer by layer, the toxic trolls are stuck in the darkest corners and anyone new to a game landscape gets great first experiences and positive, inclusive good times when they just want to have fun playing games.

It's obscene that *that* is the thing that still feels like a faraway dream. 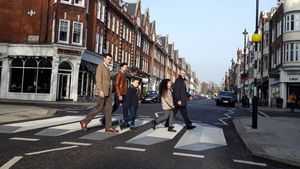 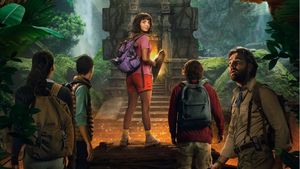