Between a new price drop and the addition of a simplified set of starting choices for Newcomers, Rainbow Six Siege is making it easy for anyone who’s ever

Between a new price drop and the addition of a simplified set of starting choices for Newcomers, Rainbow Six Siege is making it easy for anyone who’s ever wanted to take it for a test drive.

What’s Siege? Jump down below for a fleshed out answer!

Ahead of the Rainbow Six ‘Six Invitational’ event in Montreal – the world championship event on the Siege annual calendar – the game saw some price adjustments to make it easier to jump in and give the game a test run (it’s a paid game, not free to play, though they also just ran a special free weekend event to also get a few more folks jumping in).

The price change clearly worked, because the ANZ sales figures at the start of February 2018 showed Siege at number one on this week’s charts. That’s a hell of an achievement for a game entering its fourth annual cycle.

I also heard a whisper that, in cumulative terms, the game is in the top handful of money earners each year through the sale of new operators, and weapon and operator skins. Somehow, this game that seems to fly a little below the radar is also on a steady run of serious success.

So with all those fresh new players jumping in, we’ve just found out Ubisoft is adding a special Newcomer mode to help focus on a few core characters and maps to learn the ropes. You don’t have to play Newcomer mode, but it's there to give you a good chance of comfortably learning the game through matches tailored to you and other players who have only recently started out (it's open to players from level 1 to 50).

Making it easier to jump into a new game is fundamental, so it’s great to see this new offering as part of Siege’s ongoing evolution. The game keeps growing, so funnelling players of various skill levels into different areas is only ever a good thing.

One of the other great features that feeds into these friendlier, more welcoming adjustments is further work on reducing toxic gameplay – that’s the kind of stuff where someone is a menace to their own team moreso than the enemy, and just seems to like ruining the fun for everyone around them.

The Siege team has made more than one run at reducing how annoying these kinds of players can be, and now they’re adding a clever extra game mechanic to mess with them even further – Reverse Friendly Fire.

Now, if a player is found to be shooting their teammates beyond an accidental limit (pretty much at the point where you’ve killed a teammate) it will trigger them to be the recipient of all damage to teammates they inflict from that point forward. Shoot your teammate, hurt yourself. A nice solution to a really annoying problem.

The official Year 4 update rolls out in coming weeks, with season one for this new year delivering some big new Australian content drops. Two Aussie operators and a new Outback map with so many details to get laughs (or cringes) from local fans of the game.

What is Rainbow Six: Siege?

It’s Ubisoft's team-based shooter that sits in the Tom Clancy universe, and the best way I can describe it is “What if Counter-Strike was designed today, with all the benefits of today’s tech and all the lessons of other cool genre games mixed in?”

Take that strategic pedigree of Counter-Strike’s attackers versus defenders idea, then add in characters with special abilities like you find in a MOBA or Overwatch. Players choose their mix of characters, use advanced ideas like reconnaissance drones to scout positions and keep an eye on enemies, and then attempt to defeat the enemies in a highly destructible game space.

It’s a lot of fun, it’s continuing to grow as both a game and an esport, and it’s well worth checking out.

Take whatever grains of salt you like over the fact Ubisoft took me to Montreal to cover the Six International finals. Aside from travel and hotel costs being covered, I was not paid and would happily not play it if I didn’t find it intriguing. I’m mostly attending such events to cover the esports angles. 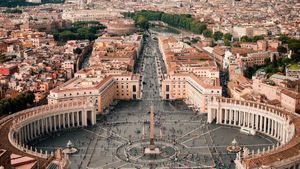 
Rainbow Six Siege comes down under, with bloody tops results 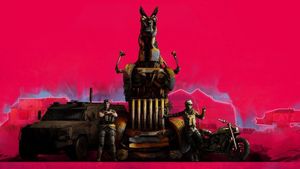