Rainbow Six Siege comes down under, with bloody tops results

Welcome to the Outback, ya bloody drongos. Or maybe that should be flamin’ galahs? Thankfully, Siege’s take on bringing Aussie operators and an Australian map

Welcome to the Outback, ya bloody drongos. Or maybe that should be flamin’ galahs? Thankfully, Siege’s take on bringing Aussie operators and an Australian map to the game aren’t quite that cringeworthy. It rides that line soooo closely, but overall, it’s OTT grouse Aussie Straya yobo stuff – but it works.

It's all part of the new 'Burnt Horizon' operation that leads off the first season for Siege's Year 4.

And here's a trailer:

The new Aussie operators, Mozzie and Gridlock, are going to be fascinating additions to the game world, both somewhat flipping the status quo on what attackers and defenders usually do.

Mozzie, the defender, steals attacking drones and puts them to work for his own purposes. He can even steal Twitch drones, turning some serious firepower against the attacking side. He’s going to make a lot of teams rethink exactly who and how they deploy.

Gridlock, the attacker, can shoot traps onto the floor and mess up a defender’s day. The traps, called ‘trax stingers’, make a defender slow down, make noise, and take damage. And to clear them out you’ll have to shoot them, which itself is an alert to your positioning.

Talking to the pros from Australia's own Fnatic Rainbow Six team, they were excited, and maybe a little scared, about what Mozzie could do to the whole meta. Being able to steal attacker drones and turn them toward defence is a super ability and one that is likely to see adjustments over coming months as its full potential is explored.

Both operators are super Aussie in the way they’re presented, and I’m told by Ubisoft’s local team that the devs checked in with the Australian office to get approvals on voice acting as well as a lot of features and naming options to make sure they weren’t going to do something that would make Aussies cringe really hard. (Of course, people will complain no matter what).

Not that they haven't missed a trick or two along the way, at least in the build we saw at the Six Invitational in Montréal. A few American vs British English issues here and there, but we're told they'll be tidied up by the time it goes live.

The map itself is a middle-of-nowhere truck stop vibe, out on the Nullabor or somewhere like it. There’s lots of very Aussie vibe features all over the map, but my personal favourite is this glorious highbrow-lowbrow clash of jokes that brings Crocodile Dundee and Magritte together at last!

There’s Easter eggs around the map too. I know another journalist saw Mick Dundee’s hat sitting on a box in a stairway, and there’s a giant shark hanging up in one open stairwell area too. Lots to explore!

Early reactions to the map itself suggest it could see play at the esports level this year, as it feels like a well balanced map and features some interesting elements like carrying 90% of the floor between levels being destructible. This could create some very interesting strategies.

Check out all the official details at the Burnt Horizon operation site.

Seamus got all this news while attending the Six Invitational in Montreal as a guest of Ubisoft. 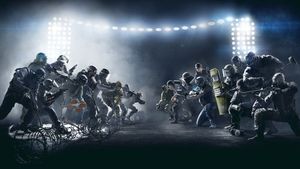 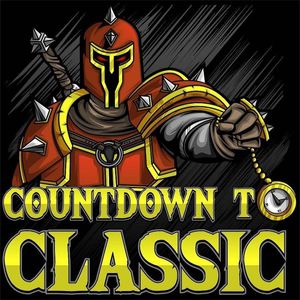