Every digital art form has its breakthrough moments, when the right experience arrives at the right time to show us what's possible and inspires many others

Every digital art form has its breakthrough moments, when the right experience arrives at the right time to show us what's possible and inspires many others to chase their lead.

Beat Saber, quite simply, is the rhythm game we needed to show just how wonderful a virtual reality game experience can be - without the need to just translate things we've already seen on 2D screens into a 3D world.

Rhythm games were a huge success a decade ago. Guitar Hero and Rock Band brought all our rockstar dreams to life in our living rooms, letting us play and sing along to the biggest hits.

And it felt real! Those plastic guitars and drums let us synchronise with the music, and failure broke the songs down. If you did it right, the music played right and you were in the zone.

That era faded. The instruments got dusty.

They didn't work with the newest generation of consoles - you had to buy all new gear if you wanted to move forward. They'd gotten harder to synchronise nicely with the latest TVs and sound systems.

As great as those games had been at parties, they were relegated to history and only the most dedicated fans.

Now we're entering the VR era. It's been a slow start - expensive equipment and only a handful of truly exciting experiences mean it's not really worth buying in yet unless you want to get a piece of the future now.

Most VR games so far have been environment experiences. Spaces to explore and interact, to feel the immersion of the alternate world. Some shooters and adventure games have been translated into VR, and some are fast and fun but still feel like a translation of one form into another.

It's a game where, like the great rhythm games, you synchronise with the music. But you are also fully immersed in a 3D environment that will demand smart, fluid movements to get into a flow.

As the music starts, your VR wands are now like lightsabers - one red, one blue. Blocks begin to flow toward you in space, with markers showing the direction you must slice the block through to score a hit. And walls appear you have to dodge with your whole body.

All the music has been designed specifically for the game, and each level designed to suit the music. And it is really, really good.

Watch a level and imagine being inside it.

The original soundtrack is now on Spotify and the quality of the electronic dance music is so good the playlist sees pretty high rotation in my household.

Audioshield is another VR rhythm game with a similar edge, and you can put music of your choice into the game as well. But levels in Audioshield are not hand designed.

The music, the targets, the required movements... they're not all synchronised as beautifully as the experience found in Beat Saber.

Beat Saber is a first for needing to truly immerse into the 3D world you're visiting in VR. To actually forget that you're not in a real environment, to just be in the space and react with impulse and really be in the moment.

Until Beat Saber, I had two 'go to' VR experiences I would show people to give them a sense of how good VR can be.

The Blu, for the non-gamers who wanted to experience a pleasant, minimally-demanding VR world.

Job Simulator, for a sandbox interactive play space to explore.

And now Beat Saber, as the truest, most immersive VR game experience to date.


We can almost taste Blizzcon! 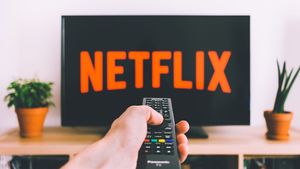