How are the Aussies finding life in the Overwatch League?

These are stolen minutes in a hectic schedule at the Blizzard Arena. But I’m lucky to get two for the price of one.

Scott ‘Custa’ Kennedy – a support main – had just two days earlier been traded from the Dallas Fuel to Los Angeles Valiant. Which is the team where Jordan ‘Gunba’ Graham has been on the coaching staff. A real-world support main.

Until this moment, we weren’t sure if Custa would even be playing for Valiant yet. It can take a while to gel with a new team line up. But he is, which means he’s hitting the stage in about one hour. It’s amazing we’re getting any time at all.

These two Aussies are part of the inaugural season of the Overwatch League, an esports competition that is trying to redefine what esports leagues even are, and what kinds of fans can be brought to the game.

Both their stories share a sense of raw ambition that led to success – a commitment to making the grade that skipped ‘crazy’ and jumped straight to ‘courageous’.

Both left Australia in search of esports success. Custa headed for the USA, Gunba to Asia.

Gunba’s time with Blank Esports saw successes that led to representing Australia in the 2017 Overwatch World Cup. Custa’s experience saw him land at one of the biggest esports brands in the world, Fnatic, before the Overwatch League franchising fallout saw that team disband – but ultimately led him to a contract with the Dallas Fuel.

But this is a new kind of esports league. At short notice, you can find yourself switching jerseys because your contract has been traded. And here he is, now with the Valiant. Sitting beside Gunba. And I’ve got just a handful of minutes to pick their brains.

LA Valiant. Green and gold. The shoe really does fit for this Australian pair.

So, let’s dive in the deep end. They’ve played at a high level before Overwatch League. We’re halfway through the inaugural season. How different is OWL to everything else they’ve experienced?

“The biggest difference is probably the fans,” says Custa. “At the end of the day we’re still just playing games on a stage, but the amount of support and fans and followers that we have always supporting you through all the things, it’s overwhelming at times.”

Gunba has his coaches hat on.

“I feel like the most striking thing about all this is the time investment required on a daily basis,” he says. “It takes over your whole life. You have to be really committed.”

For professional gamers who have previously lived winners’ cheque to winners’ cheque, with some room, board and basics sometimes thrown in for good measure, Overwatch League is a big step again. Contracts, minimum salaries, better conditions. How’s this translate into the personal lifestyle shift here too?

“We started as people that were just doing it for fun and just trying to have a good time,” says Custa. “You could start, you could stop, you could play as much as you want.”

“Now, this is our life. It absorbs everything. It’s this difference of investing everything that you have into it and always trying to be the best.”

And, thankfully, with full-time coaching staff like Gunba, the players are getting a lot of help in what they need to focus on as well.

“The players can’t watch video content, can’t watch other teams, they just need to practice their mechanics,” says Gunba. “As a coach you don’t have to do that, it’s all about knowledge. My goal as coach is to save players time. To do the analysis so that they don’t have to.”

Custa points out how influential the coaches have been in Overwatch League already. The teams that were expected to be the best – like Seoul Dynasty – have underperformed. Not because of player skill, but because their coaching hasn’t lifted the strategic cap of what their players can do in a targeted, tactical way against each team they meet.

“A lot of the teams that are having this large amount of success is because their coaching structure is really well set up,” says Custa. “They’re really helping their players evolve. Some of the best players in the world going into Overwatch League have stagnated while a lot of other players have just taken off. Mainly because of the analytics and the understanding of the game.”

“Coaches also have a role in building the team in the first place,” says Gunba. “Putting together a good team that works together and isn’t just about skill level. It’s about personalities, how they mesh as a team. Coaches provide management structure as well.”

I feel like we’re just getting to the juicy stuff when I’m hit with the ‘last question’ buzzer. Damn.

Ummm… how’s this new level of fan attention treating you? [Yeah, not my best work.]

“I never really thought I’d have this much support from people I’ve never met,” says Custa. “It’s a little crazy at times. It’s a really unique opportunity we’re given to have that fan base behind us.”

Now I’m being nudged toward the door, but I want to know if Gunba is getting any recognition from the fans as one of these critical support behind the scenes.

“It depends on the coach,” says Gunba. “Some coaches are really active on social media and Twitter. Some of them just work really hard. I have almost no fans.”

There was a jovial laugh as I was ushered out. But… come on, people! Give our boy some love! Hit him up, hit them both up, on Twitter to tell him you see him back there, giving the Valiant the support they need!


Blocking spoilers from your Facebook feed is officially in the works


Cheating cricketers: only one way to restore our reputation fast 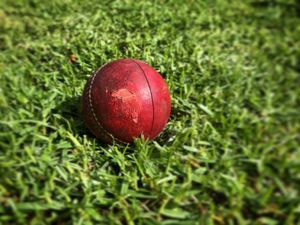