Dean Ayala. Restaurant Consultant. In that other, darker timeline, we don't have the Dean Ayala we know from the Hearthstone Game Design team. Thankfully, Ayala found his way into Blizzard, and we thought we'd explore a little of his heroic journey into game design and what others might learn from his path.

"It's sort of a two part story where I fell into Blizzard not knowing that I would really enjoy that or not."

"When you play Mario as a kid, you don't think about the people who are making it and that it's a job you could have if you work towards it. But I ended up finding out about Blizzard and applied."

"I ended up working QA for a little while, not knowing if it would be for me or not. But I knew that I loved the products Blizzard made."

"I played Blizzard games my entire life. Warcraft III, StarCraft, and some Diablo. And I was a huge World of Warcraft fan."

"After a while working at Blizzard, I sort of realised [Design] is what I want do. And I had a couple people that I looked up to, Jeff Kaplan and Greg Street, who are both game designers. I looked up to those guys a lot, and decided game design is for me."

"The only thing I knew about Hearthstone was that it was a codename called Pegasus. And I didn't know what Pegasus was, but I was really excited to find out, because it was the only secret project being worked on at the time that I didn't know about."

"So then they announced what Pegasus was, and it was a card game. I was really disappointed because I had never played card games before. I thought it was gonna be like the next MMO or something, but it was a card game. I decided to give it a shot - and I fell in love with it. I played hours and hours at night."

"I ended up being pretty good at it because I ended up playing a ton, and then contacted the Hearthstone team and did some play testing with them. And fortunately, it just sort of worked out."

"I had applied to be a Quest Designer on World of Warcraft two or three times beforehand and it never clicked."

"It's one of those things where you interview for something and you think it's going okay, but then when I interviewed on the Hearthstone team, I sort of had that moment where I realised, 'Oh, this is how an interview goes when you actually get it.' Like, you're a candidate for the job that is the real deal."

"Because when I applied to be a designer on the other teams, I think that I just really didn't understand the product as well as I should have. But on the Hearthstone team, it just sort of worked out. I ended up getting hired and then it's been about three and a half years since then to now."

I asked Ayala to dig a little more into his QA experience and how that role can set someone up for a move into other areas of game development.

"You can also be working in community, or PR, or customer service. But I think from a lot of different departments it's sort of hard to understand the game development process and what all the work is that goes into releasing a game from at least the development side of things."

"At QA your very, very involved from the early goings. Working very closely with development."

"You understand all the work that goes into it, and all the resources needed for it. The upsides and downsides to fixing something, or developing a specific feature instead of a different one."

"You're a part of all the meetings where all these things get decided. I think it really helps you get an understanding for what the job is, and what it requires of you, and if you'd be any good at it or not."

I think coming from QA it's one of the best things you can possibly do, if you think that you want a job actually on the development team of a game.

"That isn't to say that QA is just a sort of a stepping stone to development. There's a ton of jobs in QA, just like any department. It's a career job, if you want to work in QA forever there's a path there for you to do that. There's a lot of leadership there that does an amazing job, that's been doing it for 10 years. And that's great because they have this expertise that you can only develop over that amount of time."

"For me I just always wanted to be in game design. My path was always sort of working towards that and talking with development on the things that I should be doing, or could be doing. Fortunately it worked out."

"There's some people that work in QA that want jobs in community, or development, or wherever. We definitely have the one company vibe where, if I want to leave Hearthstone tomorrow and go work on the Overwatch team - maybe there's not a position for that right now - but everyone would be supportive of me in doing that."

You'll get an adventure of this quality basically every expansion.

When we spoke, Dungeon Runs were the new hotness as part of the launch of Kobolds and Catacombs. When we touched on the subject, Ayala had an interesting internal perspective on why they were able to create such a scaled up, fleshed out new mode for the game.

"We've been wanting to do this [since League of Explorers]. I think this single player content and the amount of work that really went into it, it's an experience that we have not done in Hearthstone yet. It is totally incomparable and is totally awesome. It's the absolutely levelled up single player experience in this game."

"Part of the reason for that is we hired a new adventure team. This is really the first set where they've all been able to focus the entire time working on a new dream. That'll continue to go forward into the future where you'll get an adventure of this quality basically every expansion that we do just because now we have these extra resources where we're dedicating a lot of time and care into these adventures."

"It's one of my favourite things that I've had a chance to help work on. I've been working on sets and stacks around this. This is probably the thing that I'm most proud of in the history of myself working at Hearthstone." 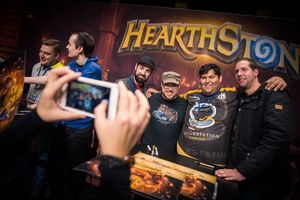 
Matt Wyble on how to train smarter to chase Hearthstone glory


Gfinity building a path toward making grassroots esports get real 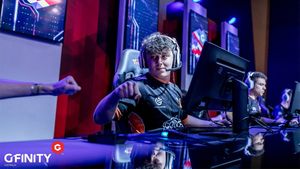