Brevity is the soul of Twitter... but doesn't move the needle

Skim Reading as a Service is never going to pay the bills.

Skim Reading as a Service is never going to pay the bills.

It's a tough sell. @biz and @jack, with the luxury of their incredibly brief Twitter handles, today pitched that Twitter will be better with a doubled character limit – up to 280 from the 140 it's famous for.

Recently, changes had already opened things up a lot. Getting usernames and image links out of the character count made the full 140 allowance feel more comfortable than it once did. But now they're offering more, and the reaction so far has been the usual: Twitter users hate change. With a passion.

Tinkering with the timeline has also been met with howls from the sites loyal user base. Twitter MUST remain absolutely chronological, say the purists. That's its USP.

Now in the official Twitter app you get hit with a 'While you were away' summary of hot posts, but the list beyond sticks to the pure timeline its biggest fans expect. (Not that many of the most hardened fans use the official app these days... so many better tools out there... my app of choice is Tweetbot).

Stuck in the middle

Twitter is stuck in quite the tight spot. It seeks opportunities for growth while trying to avoid pissing off its biggest devotees.

Its growth is stagnant, but its fame/infamy has grown in the current political landscape. Its biggest fans remain its harshest critics, while those who don't use Twitter show little interest in joining. Its efforts to sell have failed in the face of a toxic slice of its community that it has failed to rein in.

For all of this, the question is still there today: what does 280 characters do for Twitter as a message service? Brevity has been the hallmark of the service, as much so as its chronology.

Indeed the announcement posts from Biz and Jack today reeked of using the extra space to just put more words where less would have done just fine. And recent adjustments to how threading works has made it easier than ever to tweet in sequence and have it easy to read.

If you're anything like me, you saw the first few words and the last few... Twitter is a great place for skimming news and ideas quickly. A good tweet is all beginning and end, no room for fat in the middle.

But Skim Reading as a Service is never going to pay the bills.

Investors want something, but there's also the difficulty of being a social network that isn't really a social network, and how expectations of users and investors divide in this regard.

I don't know how Twitter finds its path to better revenues from where it sits today. I did love the idea of its efforts to add more video integration, with deals like its NFL streaming. But that doesn't seem to have led to a better video experience in the app. But longer tweets won't flow nicely at the edges of a video feed if they're suddenly 5-6 lines long.

New, longer tweets also won't fit into TV straps like 'old' tweets do. It could lose some primacy in breaking news coverage in this regard.

For mine, I think Twitter's big moment when it lost a lot of momentum was when it cracked down on its API use by developers and made it hard for smart people to create cool apps based on the platform. Many of Twitter's greatest leaps forward came through the clever ideas of developers, not internal staff.

The # exists in our modern digital lexicon thanks to a Twitter app developer. Others built analytics platforms. Others created AI-like automation services based on being able to DM secret addresses to trigger actions elsewhere.

Twitter decided it didn't want to become an infrastructure network too early. It stopped a lot of innovation before it had really seen what was possible. It bought a few such services and tore them down for parts rather than seeing what else those people could do.

So it's all up to Twitter itself now to get it right. And if 2x the characters is Twitter's play for greener pastures, I'm not sure where that really gets it.

I'm @seamus over there, by the way. @ me at your leisure. 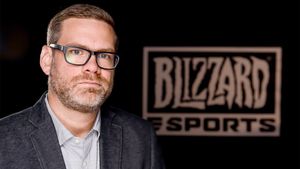 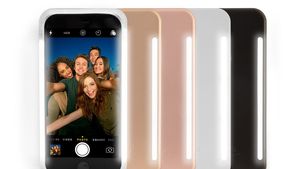