Voice actor Billy Kametz, known for roles in Jojo's Bizarre Adventure, Demon Slayer, and Fire Emblem, has passed away after a battle with colon cancer.

After a brief battle with stage four colon cancer, prominent videogame and anime voice actor Billy Kametz passed away on 9 June 2022 at age 35.

Born in Lancaster, South Central Pennsylvania, Kametz got his acting break working with the Disney cruise team before starring as Aladdin in Disneyland’s Musical Spectacular. He then landed several major roles as a voice actor, including Josuke Higashikata in Jojo’s Bizarre Adventure: Diamond Is Unbreakable, and Rui in Demon Slayer: Kimetsu no Yaiba.

Kametz won a Crunchyroll Anime Awards trophy in 2020 for portraying Naofumi Iwatani in The Rising of the Shield Hero. He also starred in various roles across Attack on Titan, Pokemon Masters EX, and the brilliant RTS adventure game 13 Sentinels: Aegis Rim.

He was widely loved by many, as the obituary reads:

"Anyone who has met Billy will tell you he is one of the most sincere, humble and loving people they have ever met. His infectious personality and smile always lit up a room with so much joy and happiness. Billy always left a positive impression on anyone he came in contact with. His love for his family, friends and girlfriend was always most important to him and that love will carry on forever."

Prior to his passing, a GoFundMe arranged by his agent, Jinnie McManus, raised over US$180,000 to help with medical costs, and hosted many messages of support from family, friends, and fans. On Twitter, many of his voice actor colleagues shared their sentiments, including Matt Mercer, Joe Zieja, and Erika Harlacher-Stone. Fellow voice actor and Kametz's girlfriend Erica Lindbeck wrote "I will be in love with you for the rest of my life" alongside a picture of the couple.

It's sad news to lose such a talented and respected individual a such a young age. His turn as Dr Maruki in Persona 5 Royal was a beautifully poignant performance, and his portrayal of uppity noble Ferdinand von Aegir in Fire Emblem: Three Houses and the upcoming Fire Emblem: Three Hopes was a fan favourite. 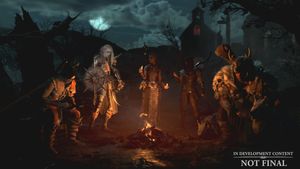 
Diablo is coming to tattoo shops around the world


'Glass Onion' is the next 'Knives Out' mystery from Rian Johnson 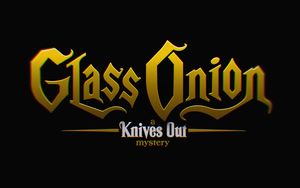