When it works, Gran Turismo 7 is a fantastic racing sim

Gran Turismo 7 is another excellent racing sim from Polyphony Digital hampered by an always-online requirement and aggressive microtransactions.

Gran Turismo 7, the latest entry in the long-running motorsport simulator series, is a phenomenal ode to racing.

It's certainly the first racer I've played that opens with a lengthy saccharine montage documenting the history of the motor vehicle, that's for sure.

Ever earnest in how much it wants to tell you about cars, Gran Turismo 7 is as detailed as games come, both in its presentation and in how much information is made available to you.

It's such a bummer that Gran Turismo 7's recent hiccups – including a recent server outage preventing access for nearly an entire weekend – have chipped away at the paint of what is the luxury sports car of racing games.

What Gran Turismo 7 does well

At its core, Gran Turismo 7 is primarily about two things: hyper-realistic racing, and collecting an entire warehouse-worth of cars.

Both are mostly enjoyable pursuits, especially indulging in Gran Turismo 7's rich depiction of car culture. Through text-based dialogue sections with characters who look like stock photo models, you're exposed to the equivalent of an excited friend sharing their hobby at every menu screen.

This is epitomised in the cafe setting that serves as the hub where you receive missions to compete in specific events and unlock new vehicles. Upon earning a new ride, the cafe's owner explains its history and cultural significance, accompanied by sweeping camera angles of your photorealistic prizes.

It's a quaint and charming framing mechanism Gran Turismo 7 uses to direct your racing journey. More games need nice people enthusiastically sharing their interests with you in a chill cafe setting.

Although you wouldn't think it at a glance – especially when compared to the boisterous Forza Horizon franchise – Gran Turismo 7 houses such a strong personality, albeit expressed in a different way. At times, it's earnest to the point of parody, but its reverence for the subject matter is joyfully infectious.

As for the racing, I'm not a car enthusiast by any means, so I couldn't tell you what downforce and horsepower mean off the top of my head. What I do know, however, is that Gran Turismo 7's driving feels fantastic.

Armed with an overwhelming amount of assists and options (thankfully you can pick presets), players of all abilities can hit the track. Each car handles in a tangibly different way, amplified by the fact you can tune everything and make upgrades to suit all varieties of scenarios.

I got a massive kick out of learning the intricacies of each beautifully-rendered track and how to best attack tricky corners. Seeing my lap times improve over time was a genuine thrill, one that means significantly more than getting fast times in an arcade racer like Mario Kart. In Gran Turismo 7, you're not just competing against your opponents: you're also fighting the track and wrestling for control of your vehicle at high speeds.

Even though some of those licence challenges can piss right off, and sometimes I'd like to stick a hairpin where the sun don't shine, I always felt fairly challenged. Any mistake was entirely on my thumbs and fingers, which encouraged me to learn and improve. While Gran Turismo 7's fancy driving AI, GT Sophy, wasn't yet live, I'm looking forward to getting utterly pantsed in the future.

If only everything about Gran Turismo 7 was so reasonable…

Tokyo Drift(ing away from fun)

Over the weekend Gran Turismo 7 was unplayable for nearly two whole days. The reason? A server outage resulting from a botched update.

A game like this should not require an internet connection to access single-player content. Sure, there are online leaderboards and other connected features separate from online multiplayer, but they're ultimately surplus to the core experience.

This brings me to the other main issue Gran Turismo 7 faces: an in-game economy fixated on microtransactions.

By competing in races, you earn credits to spend on purchasing new vehicles and upgrades. Or, you can spend real money to fast-track the process.

Gran Turismo 7's always-online requirement is purely to sate the need to monetise the hell out of everything. Other critics have noted the expensive nature of the game's economy, designed to tempt you away from replaying events and get that shiny vehicle you're lusting over now.

To make matters worse, once the latest update finally rolled out, players noticed Gran Turismo 7's economy had been tweaked to make unlocking cars slower. Predictably, the backlash has been swift and merciless.

"In GT7 I would like to have users enjoy lots of cars and races even without microtransactions," Yamauchi said. "At the same time the pricing of cars is an important element that conveys their value and rarity, so I do think it’s important for it to be linked with the real world prices."

"I want to make GT7 a game in which you can enjoy a variety of cars lots of different ways, and if possible would like to try to avoid a situation where a player must mechanically keep replaying certain events over and over again."

Yamauchi wrote that it "pains" him to be unable to share Polyphony Digital's plans at this time, indicating that complaints about the state of Gran Turismo 7's economy will not resolve overnight.

Although what has transpired in recent days has soured the overall experience, Gran Turismo 7 is too good a game to ignore. It provides arguably the best hardcore racing experience in the world of games, and it looks incredible.

I sincerely hope the always-online and monetisation issues currently plaguing Gran Turismo 7 can be rectified so I can recommend you play it without caveat. 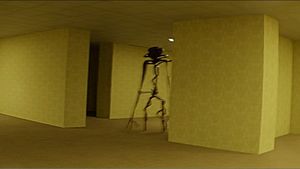 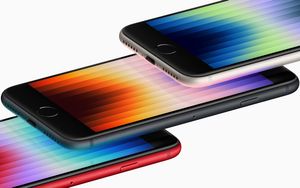