Conan Chop Chop review: killing in the name of (Crom)

The fact Conan Chop Chop also happens to be bloody good fun is cause for celebration.

While it's not without various technical quirks and frustrations along the way, Conan Chop Chop's roguelite adventure of cartoonish proportions offers a compelling loop – especially when you embrace the multiplayer chaos.

Roguelikes and roguelites are so hot right now – it was just about impossible to miss the phenomenon that was Supergiant Games' Hades as the genre trend shows no signs of slowing.

Conan Chop Chop adopts the roguelite structure to provide a cyclical gameplay structure where you retain bits of progress and currency used to upgrade and become stronger in between runs.

Its premise is a relatively simple one: the evil wizard Thoth-Amon needs sacrifices in order to fully summon a monstrous being, so he tricks Conan and his friends into participating in a gladiatorial tournament, with the aim of harvesting the victors.

In reality, the story is a thin excuse to belt the living crap out of a bunch of monsters. There aren't tantalising narrative teases as you play, like the genre's best do, but it serves its purpose.

Along with its simple premise, Conan Chop Chop is relatively easy to pick up and play. You march through various themed dungeon-like areas and clear each screen of foes before progressing.

Each of the four playable characters controls in a twin-stick manner, allowing you to aim both melee and ranged attacks while staying on the move. The action starts off straightforward but doesn't take long to pick up to yelling-at-the-TV levels of stress.

At times, the screen becomes busy and difficult to read, with character models sometimes getting lost in the crowd and only a small coloured arrow pointing towards your fighter. Ironically, it's sometimes best to hold off on unleashing an ultimate attack, because the glow surrounding your character when the attack's ready actually helps parse the action.

In between fights, gold taken from downed enemies goes towards buying new equipment, each of which has its own abilities and stats designed to go towards building a loadout suited to your play. Playing as the tank character Pallantides, I favoured gear that bolstered my guard and enabled critical hits after successfully landing a parry. I loved getting in close, attracting attention and blocking damage to then swing Pallantides' big ol' hammer around, empowered with buffs galore.

Conan Chop Chop's roguelite progression system kicks in when you're in the starting village, surrounded by run-down buildings and merchants peddling wares. Skill points and other currencies let you make permanent upgrades to your characters and the village, such as adding more powerful weapons to the merchants' stock rotation.

It means that even when facing inevitable death, there's a glimmer of hope the next attempt will be the one.

That's not to say Conan Chop Chop isn't violent in any way – you slice through swathes of fiends punctuated by squelchy sound effects – it's just more palatable to a wider audience. It's a cute visual style that weaves strongly with the game's off-beat humour where nothing is taken overly seriously.

I mean, you can have a valiant chicken or a rainbow slime as a battle companion, which is ridiculous and brilliant in equal measures.

It's the sort of loose vibe that makes it good to play with others. Up to four players can join a single session of Conan Chop Chop either locally or online. Here, the old adage of the more the merrier certainly applies. Enemies scale up in health and challenge according to how many players dive in, making for the best experience.

One of the highlights of playing with others is the end-of-run screen upon death – which you'll see frequently. It sums up the play session with several stats including who dealt the most damage, scored the most kills, and total time spent alive. The randomly-generated reasons for death Conan Chop Chop lists for each player also evoke the silly humour used throughout, further fuelling the banter.

It's particularly worth it to hear someone exclaim "I was not busy picking my nose!"

Some of my favourite games are those I can share with my partner, and roguelites are high on the list because of the genre's generous approach to skill ceilings. Children of Morta is one example we've loved, and although Conan Chop Chop doesn't elicit the same narrative intrigue, it satisfyingly scratches a lot of the similar action-RPG itches.

Conan Chop Chop doesn't nail everything it tries, however. Item and effect descriptions are occasionally vague and confusing. Take the sand effect, for example: some weapons inflict sand on targets, but we couldn't find anything to explain specifically what sand actually did. Was it a visibility debuff? Something to do with mobility? We had no way of knowing. Even other effects like poison and fire, which seem relatively obvious to RPG veterans, don't have clear explanations, which would be confusing to newer players.

Another frustration is that skill points accumulate inconsistently between rounds. After each run, you gain skill points and level up according to how you went. However, there are times where the end-of-run seems to indicate you gained several levels, only to be met with no skill points back at the village.

A deflating experience, this happened multiple times while playing on Xbox, making each run in question feel like a bit of a waste, and adding hesitancy to playing another round due to not knowing if our progress would be recognised.

Thankfully, it was irregular enough to avoid dampening our enthusiasm for subsequent multiplayer sessions. That, and it probably doesn't hurt that I have yet to be dethroned from our household's most-damage-dealt category – I haven't polled the others to see if they feel the same, but I'm sure they do.

Minor inconveniences and bugs aside, Conan Chop Chop mixes a good sense of approachability and challenge to create a great multiplayer experience.

In fact, our household is still playing a round or two of Conan Chop Chop most nights, which is as high a praise I can give anything in the fast-paced media landscape we live in.

I'm already looking forward to tonight's game. Maybe this will be the time we beat Thoth-Amon, the bastard. 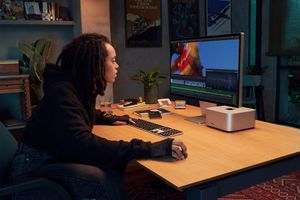 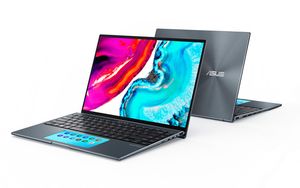