A review of a quiet tale of grief in rural Australia, now screening at the Melbourne Queer Film Festival (MQFF).

Today marks the first day of the Melbourne Queer Film Festival and this year, for the very first time, a portion of the festival will be streaming online.

I’m going to be doing some short reviews of a couple of the movies screening during the festival, and what better way to start than with Australian indie thriller The Greenhouse.

The Greenhouse (written and directed by Thomas Wilson-White) is a film primarily about how grief affects people differently, using time travel as a way to explore Beth’s (played by Jane Watt) relationship with her mothers after one of them dies. She and her three siblings each handled the death in the family very differently, and Beth’s sense of duty to her surviving mum is palpable, but she also feels stuck – unable to move on, but unable to live in the past either.

Obviously, another sad film about a dead lesbian wouldn’t usually be my jam, but it’s clear how important this story was to those who made it, and it feels more important than those bare facts would suggest.

It’s a really quiet movie in the sense that even when massive things are happening, it doesn’t seem to acknowledge them. It was an interesting directorial choice to strike that tone, and while I was watching the film it really bothered me. But after a couple of days of reflection, I think I understand where the filmmakers were coming from; they were trying to portray that way that everything else feels muted in grief. Even the big things seem small and sad because you can’t share them with that loved one. So much happens, and yet for a lot of the runtime it feels like nothing happens.

I also felt lost quite a bit of the time, particularly when the time travel stuff came in, and I can’t tell whether that was to deliberately knock the viewer off balance like Beth clearly is, or whether that was a failing in storytelling. I think that comes down to how generous you’re feeling.

The performances of the actors playing the siblings were spot on. They came across exactly like siblings who had grown up together, which is something a lot of movies and TV shows struggle with. They nailed it far better in this indie movie than I’ve seen in some bigger budget blockbusters. They also perfectly captured that vibe so many adopted kids have of feeling partially beholden to their parents in a way that many bio-kids don’t quite get, and hit all those details and notes that made it feel all the more real. I think we’re going to be seeing a lot more of this cast.

Overall, it’s not really my style of movie. That said, I haven’t been able to stop thinking about it since I saw it, and not many movies have that kind of staying power. If you enjoy a quiet film about grief, with a hint of time travel and brilliant family dynamics, then this is for you.

The Greenhouse is screening as part of MQFF at the Jam Factory on the 17th and 20th of March.


There and back again 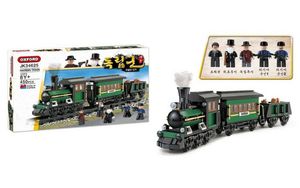