Story of Seasons: Pioneers of Olive Town streamlines some of the farming genre's clunky aspects, while retaining a warm and familiar heart.

Changing up plenty of dated aspects from the series, Story of Seasons: Pioneers of Olive Town provides a strong entry in the long-running series known as Bokujō Monogatari in Japan.

The overall concept of Olive Town is similar to others in the farming life-sim genre: inherit a run-down plot of land, raise crops and livestock, and endear yourself to the locals.

One of Olive Town's immediately obvious improvements from Marvelous' Mineral Town revisitation is its use of space.

While Mineral Town felt too spaced out with large areas of not much to do, Olive Town condenses the playable area into something satisfactorily more succinct.

Other than your overgrown farming plot of land, heading north into the eponymous town treats you with a nice brief walk to just about any location of note, whether it be the general store, or the tool-upgrading blacksmith.

Especially considering you only have limited time in each day to perform all your farmerly duties, not wasting excess time moving from point A to B is a welcome change indeed.

Another improved aspect in Olive Town is how easy it is to make changes to your farm on the fly, particularly large facilities like the chicken coop and barn.

In fact, gaining access to such facilities in the first place is a far quicker process than in many other farming games. Gone are the days of needing to fork out a large commission to get the local builder to construct your first coop.

Instead, you encounter various run-down buildings on the inherited farming land, where you're presented with two options: submit a group of materials such as lumber and ore gathered nearby, or pay a one-off fee of however many thousand G a construction requires.

With options to choose how you want to restore these dilapidated facilities, it offers a refreshing way of farming the way you want.

If you like spending your days chopping away at trees, digging in the mines, and clearing out overgrown fields while saving money for other uses, you'll be appropriately rewarded for your hard work.

Alternatively, if you prefer to focus on planting and harvesting crops, you'll be able to afford the facilities you want in due course. What's important is you have the choice.

Of course, foraging and scrapping for materials is still an important part of Olive Town's gameplay cycle, regardless of your farming approach.

For example, you still need to acquire various types of ore and lumber in addition to money to upgrade tools for greater efficiency — that's just how these games work.

Due to how quick and easy it is to gain access to your first coop and barn, you're able to raise chickens and cows sooner than what would be considered standard in these farming and life-sim games. Who doesn't want adorable chickens and cows as soon as possible?

For those who like to apply a decent bit of elbow grease, Olive Town doesn't reduce the hard work required to maintain a farm, it instead gives you more things to choose from sooner.

On the topic of animal-raising, there are a couple of arbitrary elements at play which prevent you from acquiring an entire menagerie of livestock straight away.

One instance of this is any animals must be "tamed" in the wild before any more of said species can be purchased. Taming animals is as simple as building the appropriate facilities, followed by interacting with an animal wandering your bountiful fields.

Some animals are gated behind having a high enough animal care skill level before you can tame them, which is a little frustrating. Another annoying aspect is breeding animals is also locked behind a certain skill level, arbitrarily stopping you from raising more animals and benefitting from the greater byproduct yield each subsequent generation of livestock brings.

What makes gameplay elements involving grinding for materials more palatable than in previous entries, however, is the waiting time for commissioning the eventual upgrades or facilities is negligible.

Where in Mineral Town, for example, upgrading tools involved an in-game three-day turnaround, during which you didn't have access to a tool vital to your farming operation.

Tasks such as upgrading your watering can was an exercise in careful planning, eyeing off the weather forecast to try and catch several days of rain so your crops would still get watered while the tool was in for repairs.

Conversely, Olive Town's tool upgrades are instantaneous. Got the required materials and money? Done. Even house renovations and bridge repairs to access more farming land are completed by the next day, letting you get back to more important matters.

Is that a barn in your pocket, or are you just happy to see me?

Once you get into the rhythm of tending to crops, livestock, and other tasks, your farm will expand rapidly. To help deal with trying to plan out how to use your farm's space, moving facilities around is easier than ever.

What may have originally been a great location for the chicken coop could potentially become irksome once your need for more land grows. An easy solution presents in these circumstances: simply put the coop in your pocket.

While it raises logistical questions about the size of your farmer's pockets, all facilities — except for your house — can be picked up and moved on a whim as long as you have a spare inventory slot.

No more running to the resident builder to move a barn two squares to the left. Just hoist the building into your logic-defying backpack and away you go.

This also operates the same way for Olive Town's plentiful "maker" machines. These are devices crafted with materials once you learn their recipes by levelling up skills through performing just about any task.

Aside from the fact they're bulky and occasionally difficult to navigate around, makers are nifty ways of making extra money or converting raw materials into something more useful.

Although an issue not exclusive to Olive Town, you need to craft a lot of makers to gain enough of any given product in a timely manner. They take up space but can at least be easily moved.

There are way too many types of makers, too. Some makers are capable of processing more than one type of material, although the majority only take one main ingredient.

Not to mention there's more than one type of maker for some items, such as either a butter or yogurt maker for milk, where the only tangible difference is making a different ingredient for cooking — of which isn't a particularly compelling aspect of Olive Town.

Aside from the standard farming gameplay loop, Olive Town has you attempting to revitalise the town into a mecca of tourist activity. This is achieved by completing requests for the mayor, usually in the form of delivering different combinations of materials.

While it's nice to see the town gradually develop over time, these requests aren't much more than glorified fetch quests. You do get handsomely rewarded for turning in requests and reaching milestones, however, receiving helpful items such as seeds, and medals that sell for a handy amount of cash.

Until the cows come home

As you'd certainly want from a farm game, Olive Town's farming is pleasant and there's plenty of enjoyment to be found from reaping the success of your hard work. There's no better example of this than when you use a freshly upgraded tool for the first time, empowering you to farm harder than before.

It's because of Olive Town's strong farming gameplay and welcome quality-of-life improvements that it's slightly disappointing the characters are a bit flat.

There are plenty of cute and interesting characters who are unfortunately let down by somewhat static interactions. By befriending characters, you witness brief cutscenes revealing more of their personalities. Where this stumbles somewhat is due to a reliance on 3D character models, which aren't nearly as expressive as the beautifully-drawn 2D portraits seen in Olive Town's menus and promotional material.

Mineral Town's reboot saw each character's expressions portrayed by their 2D portrait accompanying any dialogue, whereas Olive Town does away with this. While the 3D models in Olive Town are an improvement from Mineral Town, the lack of dialogue portraits is a shame.

You may have also heard about issues stemming from Olive Town's Japanese release, particularly in regards to load times and performance.

Patches have smoothed out plenty of performance issues, although running through a farm littered with makers does generate some frame rate slowdown. Load times are pretty frequent, although they have become progressively quicker after updates.

Speaking of loading screens, if you connect online you'll see photos taken by other players using the in-game camera. Many of these are close-ups of animals' butts and other innocent things tainted by the trashfire of the internet.

I applaud the lowbrow humour, but some photos also contain spoilers pertaining to characters or unique animals, and there's not really an in-game method to screen for spoiler content. So, I played with the online functionality off — it made for bland, but spoiler-free loading screens.

These are but minor grievances Olive Town feebly slapped me with, nothing worrisome enough to hamper my overwhelming enjoyment of such a wholesome experience.

If you're going from previous Story of Seasons and Harvest Moon games, Olive Town's streamlined experience is easy to recommend.

The large price discrepancy between the likes of Olive Town and Stardew Valley might make some pause for thought — although Stardew is ridiculously undervalued for what it offers (but that's a discussion for another day).

Story of Seasons: Pioneers of Olive Town implements plenty of small systems to address some of the more cumbersome aspects of the genre; great for anyone after a slightly different farming experience that retains enough warm familiarity. Pleasant stuff all around.

Story of Seasons: Pioneers of Olive Town was reviewed on a Nintendo Switch using a game code provided by Turn Left Distribution. 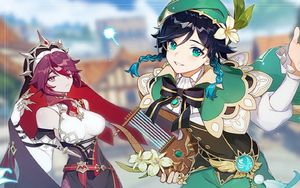 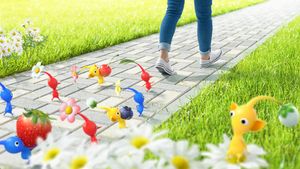