Space was meant to be humanity's dream, but billionaires have stolen it

If we get to space by leaving most of us behind, would we even truly be a interplanetary species or just a few rich arseholes in space.

“That's one small step for man, one giant leap for mankind.”

That’s perhaps one of the most well known quotes on our planet. It doesn’t really matter your age, how much you care about science or space, there’s a really good chance you know that one. Those words said when we first stepped on the moon.

And I think that’s because they represent a promise. The promise that though in this moment, it’s one man making the step, it’s humanity as a whole who will be brought forward. Because this was never a dream for one man, it was for everyone.

For generations, since the very beginning of humanity we have all looked up to the same sky. It’s a great unifier in many ways. We all forged stories about what’s beyond. We made gods out of planets, and placed our ancestors among the stars.

I wonder now if there was a greater wisdom in all this. To keep what’s most precious to us far out of reach. Even from ourselves.

Because that promise, that one giant leap for mankind is already being broken.

We are already literally seeing the world’s richest men Elon Musk and Jeff Bezos fight over space. And that’s just in our orbit. Companies like Musk’s Starlink are already launching so many satellites they’ve had to work with NASA on an agreement so they don’t all crash.

And already we’re having the great dream of space stolen from us, because the billionaires have already proven they’re more than happy to leave us behind.

Money is one of those things that becomes difficult to look at when you start really comprehending the numbers. It’s easy to not understand the difference between large sums like millions and billions when you know you’ll never see either.

For most of us, a million dollars could totally change our lives. Elon Musk, for example, is worth over $159 billion USD (according to Google at time of writing). That’s 4,929 years if you’re still thinking that way. I will never even earn a drop in that sizable ocean. Neither will you.

Musk has said his goal in amassing this wealth is to raise humanity to a multiplanetary species. But by doing so he’s shown he’s happy to leave most of us behind.

Even before you talk about where this money might go, by having it he has already robbed us all.

You simply can not do enough in this world to earn that kind of money. And even if you could, to justify keeping it while people starve and die is just absurd. There’s no acceptable morality that can excuse.

Because even if you talk of something so exciting and seemingly noble as the pursuit to becoming a space faring species, you’ve already decided to leave most of us behind. You’re happy for us to struggle, starve, and die to meet your goal. That’s just not 'mankind' anymore.

I’m not the first to criticize these kinds of plans but it just feels like these folks fail the basic empathy check every time. Musk even talked about offering people loans so they could come to Mars and work them off, as though this makes it a dream for the common man. But all it does is prove there’ll be more debt in space to make the billionaires even richer.

Our journey to space will be built on the bodies of everyone we refused to help. Instead of helping them first, and then building a dream together like it’s supposed to be. Imagine trying to explain this to the aliens.

That’s not a dream of space. That’s just more of what makes living on Earth so damned painful sometimes. It’s mankind’s nightmare, for one man’s dream. 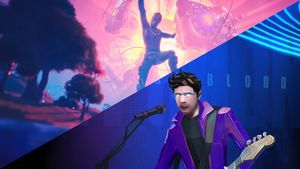 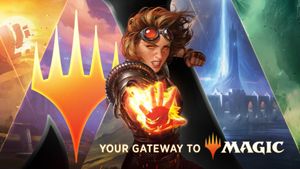