The world’s most infamous artist, Banksy, has recently made a lovely tribute piece, featuring more artists than we originally bargained for.

The Great Escape is the title of Banksy’s latest display of street art with heart. It portrays a jailbird Oscar Wilde fleeing over the walls of the HM Reading Prison where he was held and forced to perform hard labour. However, rather than the traditional bedsheets, as the eye follows the painting down we can see he’s using his words to escape.

But in this beautiful video, Banksy has added another layer. The video features voice over work from everyone’s favourite chill time painter Bob Ross. The snippets are cut from Joy of Painting series and help to show how all art is valid and has more that unites than divides.

(It's also a much less weird mashup than things like the AI Frank Sinatra cover of Britney Spears' Toxic.)

I love this because so often I’ve thought if Bob Ross was alive today he’d be like one of those street spray artists. Ross’s wet-on-wet technique was designed to be quick, which allowed him to paint on his breaks while in the military. Nothing should be difficult, every mistake can become a piece of beauty, if all else fails, chuck a tree over it.

If you’ve watched a spray paint artist you know there’s very similar thought processes going on. There’s a speed and freedom to both these styles, even though they can look so different.

But, there’s a lot of really neat things to unpack here, besides the way the video strikes on its own.

The reason Oscar Wilde was held in prison was for being gay. Back then they called it “gross indecency” so you can get an idea for how it was generally perceived at the time.

There’s a bunch of story behind it which all starts because Wilde calls slander against someone proclaiming he was gay but the evidence of this case sided against him so hard he ended up causing his own downfall. Even his own works were used against him for the love he clearly showed towards his male subjects.

The verdict destroyed Wilde. He went from a beloved and popular writer to being literally spat on while on display in prison. Once out he was destitute and poor and only lived a few more years. His reputation and spirit were firmly crushed and his health was battered down with them.

That being said, while in prison he found a way to write. Wilde wasn’t allowed access to good writing materials, or even books, but eventually with the effort of friends and a change in regime he was afforded them. Writing books was not allowed, but letters were – and any unfinished letters may be taken home by the prisoner upon release.

This loophole brought us works like De Profundis which is possibly one of the most famous love letters of all time. It was released by one of his other lovers and close friends, the journalist Robbie Ross (no relation... but maybe Banksy saw this connection?). It’s also, appropriately, super gay.

So, despite what prison really did to him, the concept of Wilde being allowed some escape over those harsh walls with his words is something I hope held true. 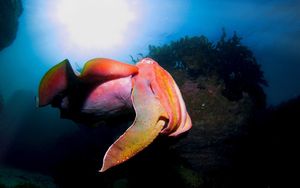 
Cuttlefish join the ranks of species to pass the marshmallow test


Is gaming good for kids? 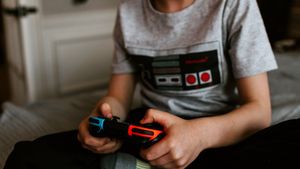