After years of trying, Warner Brothers Interactive Entertainment has finally succeeded in securing a patent for the Nemesis system made famous by the Middle-Earth: Shadow of Mordor series.

Arguably the most notable part of Shadow of Mordor and its sequel Shadow of War, the Nemesis system adds a dynamic level of gameplay where enemy orcs exist in an ever-changing hierarchy, have unique traits, and remember how you fought in previous battles, impacting future encounters.

As reported by IGN, Warner Bros.' patent filed with the US Patent and Trademark Office begins 23 February and is valid until 2035 should Warner Bros. choose to keep it.

In the works for several years now, Warner Bros. has attempted to secure this patent since 2016, following Shadow of Mordor's release in 2014.

The fact that such a patent exists has raised concerns among the game development community, who fear it may impact future games outside the Warner Bros. portfolio not being able to create anything resembling the Nemesis system.

Locally, Trent Kusters — co-founder and director of Melbourne-based League of Geeks, known for digital tabletop game Armello — tweeted that the patent is "one of the most devastating things to happen to the potential of our medium in years".

Kusters also suggested that the patent is what "'gamer rage' should be directed towards. Not puddles" referencing the drama about Marvel's Spider-Man on PS4 not displaying in-game puddles in the same way as pre-release footage did.

In coincidental timing, Mark Brown, the creator behind the excellent Game Maker's Toolkit YouTube channel, only recently published a video about the Nemesis system.

Brown took to Twitter to join the criticism of the patent, arguing that the "whole games industry is built on remixing, reimagining, and improving ideas, mechanics, and systems."

One of 2020's standout indie games, Star Renegades by Canadian studio Massive Damage Games, used a clever variation of the Nemesis system to anchor its roguelike elements. It would be a shame if other developers were discouraged or barred from trying similar innovations because a large publisher decided to enforce a patent.

It's important to note, however, that Warner Bros. is not the first company to claim a gameplay-related patent. Eurogamer mentions several including BioWare holding a Mass Effect dialogue wheel patent, Nintendo has one for the sanity meter in Eternal Darkness, and Sega previously patented Crazy Taxi's navigational arrow.

So, it's no guarantee Warner Bros. will enforce anything following their Nemesis patent, but they've currently made a few nemeses in the game community. 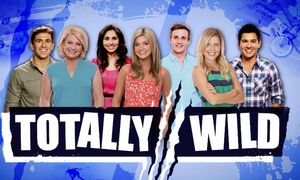 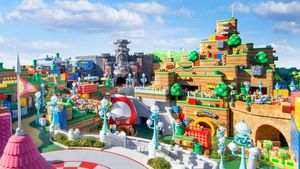