The year was 2000, and the PlayStation 2 invited players to the Third Place, an abstract Lynchian creation reminiscent of the Black Lodge.

The auteurship of surrealist filmmaker David Lynch knows no bounds.

Thanks to the folks over at Ausretrogamer, I found out that the acclaimed Twin Peaks and Mulholland Drive director made an advertisement in his signature style for the PlayStation 2.

It's as delightfully bizarre as you could imagine.

Originally airing back in 2000, Welcome to the Third Place (mistitled by the official PlayStation Europe YouTube channel), the ad stars a man witnessing a bunch of what could only be eloquently described as "weird shit".

There's a harsh soundscape, floating heads and mild body horror stuff Lynch has made a career on — and a talking duck.

In fact, the only thing really missing from the 60-second spot is either Kyle MacLachlan or Laura Dern — frequent collaborators of Lynch — unless one of them is the mummified figure.

What the Third Place has to do with the PS2, I've got no clue. But I'm absolutely thrilled that it exists. Even more so after reading about the ad's behind-the-scenes on a Twin Peaks fansite.

For a while there, it was thought Lynch was also behind several other PS2 ads during the early 2000s, but this has since been debunked. The other ads are still strange, mind you, just not in a Lynchian way.

I'd love to see Lynch return and make another games-related ad to shake up a lot of the "for the gamers" type of stuff modern ads tend to favour.

Could you imagine old mate Dave directing a Nintendo ad? I think he'd be able to make something utterly wild for a Luigi's Mansion game.

In the meantime, let's appreciate what we have with the Black Lodge-like Third Place. 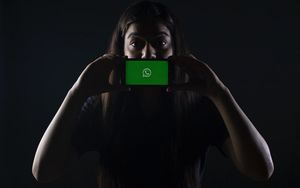 
WhatsApp users have until May 15 to comply to new changes 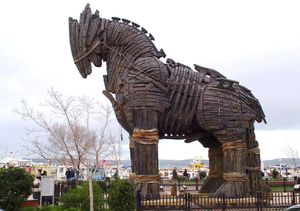