The more I see of Deathloop, the more I'm convinced it's bound to be an instant classic.

Other than showing off more exhilarating time-looping action, this Deathloop trailer featured a cinematic song worthy of a James Bond opening credit sequence.

Which is precisely what the folks at Arkane were gunning for.

In the trailer's accompanying blog post, Deathloop's art director Sebastien Mitton detailed some of the team's inspirations for their 60s-style assassination caper. It makes for pretty cool reading.

Mitton even put together a movie watchlist to get a sense for what Deathloop's all about:

Under the Volcano (1984 | dir. John Huston) – A tortured soul during the Day of the Dead in Mexico

The Shape of Water (2017 | dir. Guillermo del Toro) – This aesthetic – especially in the research labs – helped guide the artists in terms of materials, shapes and lighting

Bethesda revealed the "Déjà Vu" song was composed by Sencit Music and performed by FJØRA. I sure hope it comes to streaming services because this tune absolutely slaps.

Deathloop is scheduled to release 21 May across PS5 and PC. 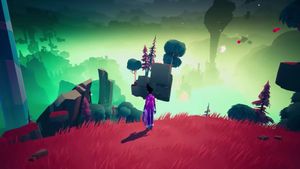 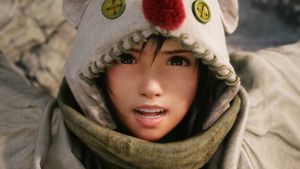