Bridgerton and the Netflixification of English Regency history

While Bridgerton brings us hot Regency action, how does its focus and diversity clash or gel with Austen's works from the time?

If Austen is a steady carriage, Bridgerton is a ship hitting hyperspeed. This conscious embrace of the fictional source material brings together an intricate interplay of contemporary and Regency values.

Bridgerton’s extravagant aesthetic builds on the fantasy of elite life that Sophia Coppela brought to the table with Marie Antionette way back in 2006. The very nature of the aesthetic is the first hint that we’re in a hyperreality Regency.

It is immaterial whether you judge the storylines compelling or the characterisations anachronistic. At 82 million and counting, this is how many, many people are engaging with the English Regency period.  And, for this reason, it allows us to ask some pertinent questions about that time.

That arguments persist today about diversity in the UK is pretty shameful. It seems to stem from a mixture of a fraught history curriculum that doesn’t fully consider the consequences of colonialisation and a xenophobia demonstrable all too often: poor treatment of the Windrush generation, refusal to believe that Roman Britain was multi-ethnic, and the vote to leave the EU.

From this context: enter Bridgerton with deliberate casting decisions to reflect a diverse society with subtle hints at a legacy of racism. The effect is a celebration of a diverse England. The beauty of this move places Bridgerton in the position to offer us a reconsideration of long held assumptions about the past.

What was the Regency period really like? What were the population demographics of the early nineteenth century? How is 'the ton' distinct from the strata of society that is centred in Austen’s work?

Bridgerton and Austen play in different parts of the same sea. While Austen’s protagonists are almost always at the fringes of the landed gentry (Elizabeth Bennett anyone?), the characters of Bridgerton are titled families who move in the royal circle. This immediately places the world depicted by Austen and that of Bridgerton in different spheres.

The complexities of what makes one part of ‘the ton’ - the fashionable inner London circle which is the focus of Bridgerton - is also slippery. It wasn’t just about wealth or titles (no surprise given this is England).

Consider the antagonist of Pride and Prejudice, Lady Catherine De Bourgh. She is titled and her daughter stands to inherit a significant fortune, but they are sequestered in the countryside by Miss De Bourgh’s ill health. This fact places them effectively outside the ton.

Bridgerton follows the London social season, and while characters may leave London they are so closely connected to the affairs ‘in town’ to be considered still part of the ton. The ‘in crowd’ are the subject of Queen Charlotte's interest. Lady Whistledown, narrator and publisher of prized gossip, holds an influential position as the maker-or-breaker of reputations.

This is typical of a society where its not only one’s behaviour, but public perception, that signals whether you are in or out. Something the Featherington’s probably know more about than they wish to!

While Austen’s world is about the savage grappling for class shifting, Bridgerton is the Regency equivalent of Gossip Girl. The social friction may still play out along class lines, but it’s the fine gradations that are the centre of the struggle.

What’s more advantageous: marrying a duke or a prince? Comparable Austen struggles are marry up or lose your home. The stakes in Austen are much higher.

The casting of English acting legends Adjoa Andoh (Lady Danbury) and Golda Rosheuvel (Queen Charlotte) amongst many others ensures that Bridgerton calls into question assumptions about whiteness and English identity.

It’s no secret that there’s a style of English entertainment that pretends the country is populated solely by white folk, but that depiction is a fantasy, and can serve to alienate scholars of colour.

Just as we have evidence that Roman Britain was diverse, so too is there evidence for the Regency. Austen’s 1817 novel Sanditon may be unfinished but it attests to England’s diversity with the arrival of Ms Lambe, who Austen identifies as “half-mulatto”. The phrase is a product of the period, but the implications that there were people of colour in England is clear enough. This fact is reflected in the 2019 television adaption of Sanditon.

There are also ongoing discussions that Queen Charlotte herself had African ancestry, which inspired the Shondaland team.

Bringing to light the lives and stories of people of colour from this period of English history is an ongoing process. We see it in the 2013 film Belle and in the questions posed by scholars of the period.

Bridgerton is the biggest example so far and will hopefully propel open-minded investigation of the past. The questions we ask about the past are important as they frame our understanding of it.

And if Bridgerton can help inspire those questions, then it’s best to keep watching 😉 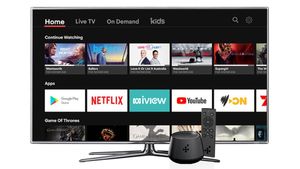 
Foxtel will eat itself


Get your neon vaporwave on with Valorant's new Glitchpop skins 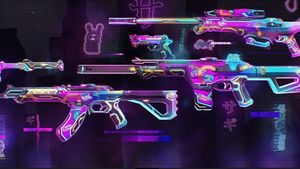