Zero Latency VR review: think bowling or climbing but with a tech twist

We tried out the arena based VR at Melbourne's Zero Latency. Here are our thoughts on the free roaming VR experience.

VR is one of my favourite kinds of weird tech out at the moment. I’ve been following it for years and even have an Oculus Rift DK1 sitting on my shelf. I just love the idea of actual physical motion in games, helping them to feel even slightly more real.

And while I love what we are able to achieve with household VR currently, it’s that lack of free flowing movement (At least until we see these bad bois) and ability to play with others in the same space that still feels a little shackling.

Zero Latency is an experience that aims to help with that and I was lucky enough to check it out. Here they’ve developed technology that allows players to go fully wireless with VR, just plugged into a fairly hefty backpack. Simply put the backpack on, don a headset and headphones, grab your gun and you’re pretty much ready to go.

If you're extra curious about how this all works, we interviewed CEO and co-founder Tim Ruse amidst the Sydney location launch.

The space in North Melbourne is a large warehouse which allows up to eight players at once to game together. There are quite a few games on offer which are all controlled by the helpful staff manning the main server while you play. They can pause the game if needed while still watching your corporeal forms to make sure anyone is safe, they can even answer questions through your headset if you’re unsure midgame.

Our gamemaster, Nicky, was just super friendly and fun. During the fairly long but necessary spiel before you’re allowed on the floor, she managed to deliver the information while still being genuinely funny without talking down to us. It really helped set the tone and also put some of my friends at ease who were a bit nervous about the experience.

The sessions go for half an hour, and we chose to experience two different zombie games for fifteen minutes each.

The first was the newer survival game Undead Arena. This was by far my team's favourite, partially thanks to the cool array of weapons (which are switchable via a button on the gun) including an insta-kill crossbow. We were placed in a sort of run down industrial factory to fight off waves of undead over the course of a few different levels.

Most have a cool effect where there’s higher and lower sections, despite in reality just being all on a flat empty open surface. In VR you’ll experience this as standing on an elevator (though it’s just a patch of flat ground) that moves you up, or awkwardly traversing a ramp that your feet know isn’t real.

Once you find your way to those raised areas, it really does feel like you’re above the other people. It’s quite surreal, but a very cool peek into how this tech can use space.

But how Zero Latency used space also baffled us a little. The play area seems quite small, given the large physical space we were in. It probably wouldn’t have mattered for a smaller team, but at full capacity with eight people, it did mean we were quite cramped.

Once you found a spot to stand and shoot zombies, most people didn’t move too much from there and it was largely because none of us felt that we really could. I tried to explore a bit and often found I wasn’t really able to get past other people without proximity sensors going off.

We found this to be true for our second game Zombie Survival too. They just felt a bit too small for eight players which changed the experience from a free roam VR to more of a stand in place 360 team experience. Plus with most of us being fairly experienced gamers, it made it a bit too easy. It was still a bunch of fun, but we all agreed next time we’d probably want to try with less people.

That being said, even with more movement you still couldn’t do things like run and jump. It seems like an obvious health and safety requirement and a limitation on our current tech, but it does sort of hamper the illusion a little. Though, to be perfectly honest remembering how awkward I was walking down a ramp that didn’t exist, it’s probably all for the best.

At the end of the experience you all get to remove your VR headsets and look at your friends. It’s a cool moment because you’ve been in this fake world for so long being bombarded by zombies (as a super wuss, I can confirm it was definitely more arcadey than scary) that coming back to an empty open warehouse has a stark contrast.

However, by far the best thing is that all your friends are sweaty looking messes, just like you.

I wouldn’t go calling it a super workout, but you’d be surprised how much the combination of wearing a heavy backpack, holding up a gun, pumping to reload, having a headset on, and generally getting your adrenalin up a little can do. Especially after half an hour. I’m also especially weak. We went for burgers afterwards and lifting mine was difficult. My arms were still hurting the next day.

Zero Latency is definitely a tonne of fun to go and experience with a group of friends. It feels similar to going bowling or rock climbing but with a cool tech twist. just make sure you temper your VR fantasies to what we’re currently able to achieve in the real world. 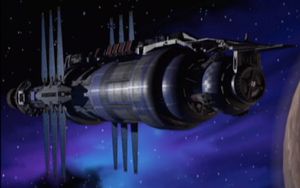 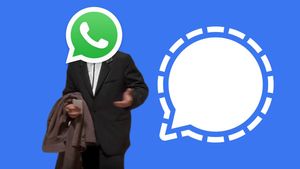