While it's not my beloved Adelaide Crows from the AFL, seeing A-League soccer teams in Fortnite is pretty cool.

From this Sunday, 24 January, Melbourne City FC, Sydney FC and Western Sydney Wanderers will be represented via in-game outfits you can wear in the popular battle royale game — the first time any Australian professional sporting team has made an appearance.

This is part of Fortnite's global celebration of football — or soccer, depending on which code of football you follow. 23 teams from around the world will be included as part of the in-game event, with mega-clubs Manchester City and Juventus among the roster.

Aside from the wearable kit, two new emotes, "Fancy Footwork" and "Pelé’s Air Punch", are available to earn starting today as part of the Fortnite Pelé Cup recognising the legendary Brazillian player.

In addition to various football-related content coming to Fortnite's Creative Mode over the next week, the three Aussie A-League teams will participate in a showcase Fortnite match next Wednesday, 27 January, at 5.30 PM AEDT involving players, fans, Fortnite content creators, plus plenty of prizes and giveaways.

German-born Nicolai Müller from Western Sydney Wanderers, alongside homegrown players Nathaniel Atkinson and Trent Buhagiar, from Melbourne City and Sydney FC respectively, will be each club's representative for the match.

Further details will be available soon via the teams' social media channels about how you can get involved and what prizes are up for grabs.

It's a pretty nifty collaboration considering how popular battle royale games are among pro athletes and gamers alike.

“This partnership is an awesome opportunity to showcase our Clubs and Leagues to Fortnite’s player base in Australia and millions more around the world,” said Danny Townsend, Commercial Lead for the Australian Professional Leagues and CEO of Sydney FC.

“We know where our audiences are, and there is a big overlap between people who love football and people who play Fortnite."

Fortnite certainly has a monopoly on cool cross-promotions, and has previously included NFL skins to coincide with the Super Bowl.

Locally, Fortnite also made a significant appearance alongside the Australian Open tennis tournament with the Fortnite Summer Smash, a big esports competition in 2019 and 2020. 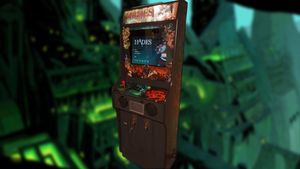 
How do you make Hades even cooler? By playing it in an arcade machine 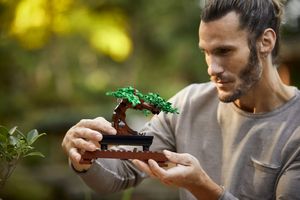