Inverted control users are the best people (just ask me)

Inverted y-axis controls just make sense and you can't convince me otherwise. A new study will surely confirm this.

Don't ask me for a source to verify this claim — I just know.

When I refer to inverted controls, I mean the input linked to the y-axis (looking up and down) in games, which is typically mapped to the right-hand control stick.

Most games default setting is that pushing the right stick down will make the in-game camera look down and vice versa. Which makes sense on the surface, right? Down equals down and up equals up.

In my dark, unenlightened past I used to believe this to be true. Inverted controls, however, are Ultimate Gamer areas.

As the 'inverted' qualifier suggests, this setting flips the input so that pushing down on the right control stick will instead cause the camera to look upwards and so on.

I first stumbled across inverted controls by happy coincidence, while playing Infamous on PS3, a 2009 game developed by Sucker Punch, known for the Sly Cooper series and the recently released Ghost of Tsushima.

Whether I accidentally flicked inverted controls on or it was Infamous' default setting, I can never remember. What I do recall is that after an initial adjustment period of fumbling around, wondering why it felt so different to other games, I realised it felt a more natural way to play.

Much to the disgust of my friends — where passing the controller during split-screen Call of Duty sessions meant tweaking the settings each time after wondering why the controls felt wrong — I chose inverted as my main way to play anything that required dual-stick input in a 3D space.

To this day, this includes shooters, 3D platformers, adventure games — anything that involves either a first or third-person perspective.

Earlier this year, The Guardian's Keith Stuart posited that those who grew up playing games like GoldenEye or anything that simulated the use of a flight stick instilled a tendency for inverted controls.

Which makes perfect sense. When you push forward on a flight stick, the aircraft's nose moves downwards, while pulling back brings the nose up. Also, when you look down in real-life, your head tilts forward. Therefore, game controllers should function the same way.

To slightly reign in my inverted soapbox for a moment, Stuart spoke to various academics as to why people favour different control settings, which brings up (or down?) some fascinating perspectives.

One school of thought is that your aptitude for inversion/non-inversion depends on how you cognitively process space and visual cues.

Another perspective suggests it's due to how you perceive your role in playing a game. If you interpret the controls to be a direct reflection of the in-game avatar you occupy, non-inverted makes more sense.

Conversely, viewing the game's camera as a separate tool independent of the game character, inversion tends to be a more natural input. Stuart also quotes a 2015 study — from a very small field of available studies, admittedly — that found inverted players to report greater immersion in the game.

Now, a new study led by Dr Jennifer Corbett from the Brunel University's Visual Perception and Attention Lab in London is looking into which factors influence y-axis preferences.

Even before any published results, I'm sure we can all agree that anyone who inverts the x-axis is just weird. 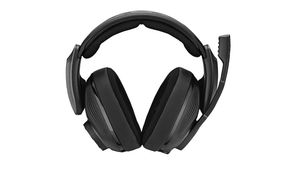 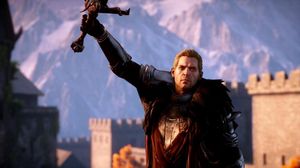