Ubisoft's Immortals: Fenyx Rising might be one of our favourite games of the year thanks to a beautiful open world, engaging systems, and great sense of power.

“Fuck, I love videogames” is something I’ve said, outloud, multiple times while playing Immortals: Fenyx Rising. And while I’m nowhere near finished despite my 30 or so hours of gametime I already have some firm impressions.

Ignoring it’s absolutely questionable name, Immortals: Fenyx Rising puts you in the sandals of Fenyx, a storyteller turned warrior who’s been stranded in the lands of the Greek gods. Typhon, the not-quite Titan not-quite god child of Gaia has escaped from the prison Zeus trapped him in and is seeking revenge. Humans have been turned to stone, heroes to enslaved wraiths, and gods to … well many things, and it’s up to Fenyx to put it right.

The story so far is cute but not particularly driving. I enjoy the method of delivery with Prometheus telling Zeus a story he can’t help but interrupt, but there’s no real mystery to explore. I have no drive to get through the story aside from unlocking more to explore and do but honestly, that’s more than enough.

The land of the gods

This open world action RPG is one of those games that just invites you to explore and grow. The lush expansive map is full of wonderful things to discover and the systems are beautifully simple making these discoveries always feel rewarding.

It feels so much like a videogame in ways others seem to be avoiding lately that there’s something nostalgic to just playing something so unafraid to simply be fun.

Collecting ambrosia, for instance, can be spent to up your health, while completing trials to gather Zeus’s lightning upgrades your stamina. Each item in the world has a specific use and way to acquire it without getting convoluted so it’s really easy and satisfying to focus on a goal and work to achieve it.

But there’s so much in this world that getting distracted along the way is part of the joy.

Often I’ll mark something on my map and realise an hour later I still haven’t gotten there thanks to puzzles or other interesting looking things to be sidetracked by. But keeping the upgrade systems relatively simple means this never feels wasted. Whatever you manage to find will almost certainly be useful as well as just generally enjoyable to find and conquer.

Ok, so first off in case you were wondering, your weapons don't break. But that's not the best part.

One system I particularly enjoy is the way potions work. There are four kinds, health, stamina, attack, and defense. Each requires its own easy to distinguish plant to brew, and collecting the ingredients is a pretty easy task.

Rather than brewing stronger versions, instead you can find one material that can be spent to level up these potions. For example, defense potions can be improved to not just be stronger but also reflect damage. All defense potions you brew will benefit from these upgrades.

It’s simple enough, and incredibly rewarding so that engaging with this system is really easy and worthwhile. It’s the kind of thing I often ignore in games unless I need to because it often overcomplicates things or requires time seeking out specific ingredients. Instead, I’m using potions a lot and they’re a lot of fun and a great way to feel powerful.

Which is another thing Immortals: Fenyx Rising does really well. It makes you feel powerful.

Power of the gods

One of the main paths in this regard is special abilities. They can be upgraded as well and require stamina to use but they do a lot of damage. I have my character set up to regen stamina as much as possible so I can use these abilities quite frequently which makes me feel like a powerhouse in battle. It also means I feel the upgrades to these when I earn them making my effort really payoff.

It employs barriers, like starting you with limited stamina but doesn’t enforce them too directly. I can always drink some potions if I really want to climb a high mountain or glide for longer.

Because of the ease it employs in many ways, I find myself often feeling like I’m really good at this game. Even in some incredibly difficult challenges where I’m barely holding on, what I see on the screen looks like someone who knows exactly what they’re doing. There’s a real satisfaction to having something look so smooth and effortless, even if it wasn’t for you.

There are ways in which this simplicity can let Immortals: Fenyx Rising down. Enemies, for example, seem to just exist waiting for you to appear. I’ve never seen them fight amongst themselves or even when fighting you they only deal damage to one another in specific scenarios. It doesn’t quite capture the same magic of other open world games that feel alive.

Challenge areas you drop down into teleport you to a weird space dimension with floating structures. They’re a mix between Zelda: Breath of the Wild’s shrines and Genshin Impact’s domains.

In these beautifully skyboxed, self contained areas, you lose your ability to climb. Nothing about these places explains why, and they don’t look like they should be slippery or any other rational. I assume it’s to stop people cheesing some puzzles but it’s jarring and means I forget and fall to my death far too often in these areas. Plus, cheesing puzzles is absolutely part of the fun and I feel like I’m missing out.

The future of Fenyx

I’m really enjoying my time with Immortals: Fenyx Rising so far. It feels like a game you can play forever and feel constantly rewarded for your efforts. Whether it’s finding new and interesting places, fascinating puzzles, or intimidating enemies there’s always something entertaining and achievable to seek out, and much of it will take you by surprise.

Here at Byteside we are planning some Game of the Year roundups and I’m holding off writing mine because I’m worried about how many other games Immortals: Fenyx Rising is going to knock off my list as it slowly climbs ever higher in my opinion.

This game is being played on an Xbox Series S. A digital copy of Immortals: Fenyx Rising was kindly provided by Ubisoft. 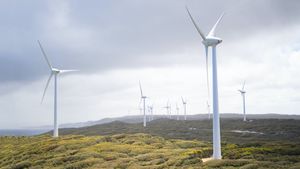 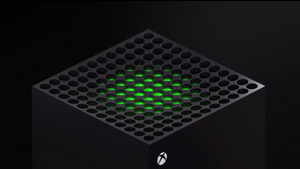