Every family has its traditions. Some involve a land called Catan. Herein is an exploration of the ritual that defines my Christmas.

Every family has its traditions. Some involve a land called Catan.

The gathering of people together with long standing histories produces a sense of the familiar (even if the emotions can run the gamut). It would be unfair to say my family is a religious one.

Ideas of the divine, if held, remain largely private. Nevertheless, periodic gatherings do tend to lead to rituals, even if they don’t spring from the numinous.

Rituals stand at the heart of the annual pilgrimage. It's the ceremonious loading up of the car. And it's the realisation, part way through the journey, that a 2.5 hour road trip is indeed nothing compared to the slow crawl of Christmas traffic.

After hours on the road with everyone else set upon their own unique quest, we arrive. This moment can be heralded in a variety of ways. Sometimes it’s a dusty dry from bush smoke, other times it’s a cloying sweat from the humidity.

A sense of anticipation builds in the air as we move inexorably toward Christmas. It’s almost assured that the season shan’t pass until Catan has been played.

What began as a Christmas gift over a decade ago has evolved into an ongoing, never quite closed, competition. It’s impossible to say what round we’re up to. The shared narrative positions some players as continual threats even though we’re not keeping score.

Games and the friendly competitions they spawn are certainly not confined to Christmas. It’s more the sense that the opportunity for a friendly match (that might turn more serious) hangs in the air.

Similarly, families are not the only way to experience this anticipation or competitive high. The gatherings you build for yourself are just as likely to produce the camaraderie that defines a time and space. It just so happens that the legacy of religious ritual provides the perfect conditions for traditions to develop. It seems that human nature has a great capacity for building traditions as long as there’s the mental room to think and create rather than being in process.

If the festive season is anything for me, it’s the anticipation of what might unfold on the table top after the food has been cleared away.

Here’s hoping your festive season contains such idle pleasures as lounging in the warm sun, switching up your strategy in Cities & Knights, and feeling the thrill of beating an opponent to the longest road.

Rituals of play are a fantastic way to enjoy free time. That’s where you’ll find me as the summer really sets in.

And, yes, I know... I know they changed the name, but I still think of it as 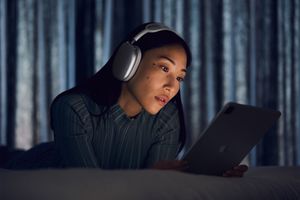 
Sales vs success vs Cyberpunk