How a joint delayed Wasteland 3 in Australia

It was refused classification in Australia at first, and we now know it was all thanks to a positive portrayal of the use of cannabis in game.

It turns out Wasteland 3 was initially refused classification in Australia, and it was all thanks to a joint.

And no, it wasn’t because the developers got high and forgot to submit the game.

Caught by Kotaku, Wasteland 3 was refused classification back in February this year. Just before we were all hit with a global pandemic.

At the time the classification board slapped a general clause statement on the refusal which sites the usual drugs, sex, crime – you know, anything fun and worth doing. It’s always a bit hard to understand where these bans are coming from given some games make it through where others don’t.

Luckily the board’s annual report for the year gave us a bit more detail into Wasteland 3’s refusal, and it looks like it’s weed.

“During the game, characters are able to smoke a drug known as ‘Rocky Mountain Moosegrass’, which appears to be a strain of cannabis. The drug is denoted by an icon of a cannabis cigarette or joint in the player’s inventory that is accompanied by captions that attest to the cannabis-like effects of the drug. One caption features the text, “It’s like… man. It’s like a fresh mountain breeze. You gotta try some.” Another caption states, “Smoke to take the edge off. Like… way off.””

Selecting some Moosegrass by clicking on the joint-like icon from the inventory would invoke the sound of a lighter and the player character would appear to smoke. Then the character would receive a buff of one Ability Point to use during combat or exploration.

Obviously anything good coming from the use of cannabis – which has widely been shown to have many medicinal and mental advantages to the point where you can legally get a prescription for some in Australia – is very bannable.

To get around the censors, the developers simply removed the ability to use Rocky Mountain Moosegrass (As opposed to changing the icon and renaming it to something like Jet) to obtain an R18+ rating. In a game that still has slavery and cannibalism. Admittedly it does sound like it’s a good thing you can’t get the munchies. 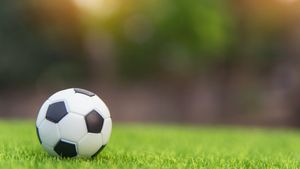 
Lesson for AI #548: A linesman's bald head is not a football


Paradise Killer and Vaporwave: more than just an aesthetic 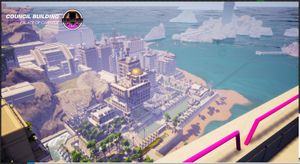