Red Outpost is marketed as a "Communist Utopia", but does the game play really stack up? Let's get a little political and find out.

When I was a strapping teen bursting with frustration I was keen on communism. The ideas at the heart of the ideology form a bulwark against the seedier side of capitalism as you begin to realise just how effectively you’re trapped in it.

That’s part of why I was excited to play Red Outpost. The board game is set in a “communist utopia” where your goal is to help establish a communist colony on a distant planet. Now, a young comrade might assume this would be a cooperative game since communal ownership of the means of production is a central tenet of communism. But let’s not get too far ahead of ourselves!

On closer inspection, it turns out that Red Outpost is a “competitive game”. Now for keen observers of styles of governance this phrase might raise alarm bells. What need is there for competition in a communist utopia?

Things get more murky as you begin to play.

It is indeed a competition based on a mechanism of excluding other players from resources that would help them progress. Your aim is to make choices that advantage you at the expense of your opponents. The mechanism of worker placement is central to many games, but it feels a little egregious in this context.

Add in a scene set against a Soviet space mission and what appears to be – at best – a misunderstanding of what a communist utopia might look like, and what are we left with? A game that misconstrues political ideology and uses it as an artistic device to add flavour.

So how could something like this happen? To understand how, we need to think about context. There’s a couple of important layers at play.

The designer of the game is Belarusian and Red Outpost is sold as Distant Frontiers in the Russian-speaking market. In an interview, Raman Hryhoryk explains how elements of a communist utopia are brought to life in this game. Rather than limiting players to specific roles:

“I wanted to leave a person as a person, and not make him get used to a certain role. And I wanted the game, in turn, to remain a kind of autonomous system. For it to be a settlement filled with people living their own lives.” (Thanks Google for this translation!)

In this part of the game mechanics, the communist leaning is successful. There are pros and cons for allocating players to certain locations, but each meeple has a golden opportunity to engage in any task that contributes to the success of this off-world colony.

The second layer comes from the distribution of this game into the English-speaking market. Red Outpost is published by Imperial Publishing Inc., a company based in the United States.

The US has a pretty fraught history with communism with the ideology largely characterised as a threat to democracy. Even today there’s a fear of socialism at play which has led to a vocal political strain of democratic socialism. While proponents of democratic socialism seek to explain that socialism is democratic, they have yet to make substantial inroads into the politics of the two major parties.

The marketing of this game to English speakers as “Red”, a “Communist Utopia” and  an “off-world Marxist Utopia” seems to stretch the limits of these concepts.

This conflates together a range of ideologies and tropes that are only subtly expressed in the game mechanic and rendered in the artwork. One way to interpret this marketing approach is that it leverages a historical legacy of fear and a cultural dismissal of communists.

The competitive element of the game mechanic further reflects those motifs back to a twenty-first century gaming audience.

Communism isn’t perfect, but the ideas at the heart of its ideology are pretty breath-taking in how they seek to revolutionise how individuals enact power. By asking us to think about power collectively as something shared, communism radically seeks to do away with hierarchies of inequality. Our historical failure to successfully enact those ideas says something fundamental about humanity.

But board games have the potential to offer us a way into understanding these ideas. Rules and game mechanics can teach us about how power can be shared and how societies could be structured if we are able to shift away from strictly hierarchical ways of thinking.

From this perspective, Red Outpost, while fun, falls short of that promise. 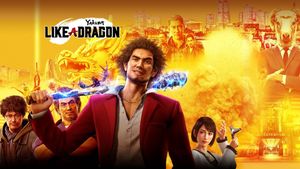 
Yakuza: Like a Dragon is the perfect entry point for series newcomers 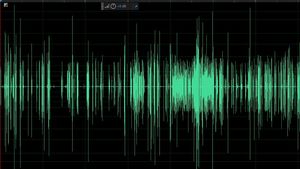