Why I became a medical cannabis patient

Hope has begun her journey with medical cannabis in Australia. She starts a series on the topic with a look into why she's chosen this path.

Recently I’ve become a fully legit legal medical cannabis patient. I have legal weed in both flower and oil form from a chemist in my cupboard right now. I can use it as I need and get relief.

Getting access to this is a bit of a pain. It’s not cheap, it’s rather complicated, and it’s very confusing. I want to share how to go through this process because I believe it is important. But I wanted to start with why.

I’ve never been a happy person. I’ve always had that touch of darkness to me. Constantly told to “smile”, or “be positive”, or “stop being so morbid”. I was a bookish indoors kid in a family of athletes. To be fair, some of it was fair criticism, but most of it wasn’t.

It wasn’t until I was an early teen that this became a real problem. I had a lot of difficulty relating to others thanks to being skipped up grades and living in a house of adults. My mental health tanked and down with it came my grades. Thus I was also stripped of autonomy for being a problem child. If you know anything about Self Determination Theory, well I’m basically a case study.

In a lot of ways it’s no one’s fault. Our brains are weird blobs of salty fat that somehow think. It’s no surprise they don’t get it right all of the time. Unfortunately mine is just far too good at getting it wrong.

By my late teens I was convinced I couldn’t do anything. I felt like no one liked or understood me, everything I’d ever been good at I was failing in. I even discovered that my life long passion for music was an impossible dream thanks to being somewhat tone deaf.

My adulthood is just a constant series of me explaining seemingly funny anecdotes about my childhood only to be met with horrified looks and then hit with the realisation that things went very wrong during my development, a lot.

No doubt at least in parts thanks to this, having my brain is like living in a dark cave full of pits. I'd tried to get out so many times. I'd try to achieve any small thing, but just fall down into more holes.

Eventually I was so deep in the darkest of caves. No hope of escape or finding light. So tired and sore from trying and falling. So I found somewhere safe enough, still dark but I could survive it, just get through. I begged and begged those close to me to let me die, it wasn't worth living if I had to be stuck in the cave.

I get anxiety attacks so bad I can’t move. In those moments I am convinced of my worthlessness and that the only fair thing to do for the world is to rid them of me. I shake and convulse in a ball of looping despair. I’ll be so sore from the intense muscle spasms and shakes that I won’t be able to move the next day either, even if I’m mentally feeling ok. My life was spent in dread, knowing that the next bad day was around the corner.

Then at age twenty-fucking-eight I tried cannabis. My partner of six years at the time commented that it was the first time he’d seen me truly relax.

It was like for the first time I had a flashlight in the cave. So I went through the long process of working out how to get legal medical cannabis in Australia and I want to write this series to help others do the same.

Now the cave is different. It's still really dark, it still has pits. That's me, I'm full of pits. But now I feel more like I'm spelunking. I can look into them without falling into them. I have a flashlight. I have so much to explore and so many ways out.

It’s like it slows my brain down just enough to see the thoughts for what they are. When you’ve never felt a life without depression and anxiety the idea of it seems impossible. I didn’t believe there was anything better, and certainly couldn’t believe that I deserved it.

Cannabis allowed me to believe I was allowed to feel something other than darkness. It encouraged me to seek out further help, which I don’t believe I would have done without it.

I’m now on Prozac as well. Where cannabis is like a flashlight, prozac is my harness. Using both I can safely get around my cave. Explore all the crevices, find the diamonds, examine the ancient art. Maybe one day I’ll even make it out.

I still get the panic attacks. They can come out of nowhere and hit like a truck. My last one had totally convinced me once again I didn’t deserve to feel any other way. It took my partner physically bringing me my cannabis medicine and convincing me to take it to get me out.

I went from unable to move in a-self-created hell ball on my bed, to sitting on the couch playing videogames I needed to review within an hour. It honestly terrifies me how easily my brain can drag me back. But the hope I feel knowing I have tools to combat this once impossible task has given me new life.

Now, thanks to cannabis, my cave feels more like an adventure to explore and understand. I guess that's how caves are meant to feel when you're not trapped in them.

I have a friend with tourettes who can control his ticks with the help of cannabis. Several with crohns who can’t find anything better for the pain, and I myself use it to help stifle the ache of a uterus which seems to want me dead.

And it gets you high, or it can if you’re using THC.

I don’t really see anything wrong with that. Adults pump themselves with booze which is arguably far more harmful to their bodies and also can encourage aggression or even violence. The only violence cannabis has ever encouraged is towards a pizza, and frankly pizza had it coming.

I believe in the potential for cannabis to help people. I’m living proof, and I was very close to being somewhat less so.

That’s why despite the stigma attached I am out and proud about my cannabis use. I want to help others get on this path if it’s right for them too, or at least know how to try from someone who’s actually done it.

If you have any questions about the process or anything you’d specifically like addressed in this series of articles, please hit me up on Twitter at @Hope_Corrigan and I’ll do my best. 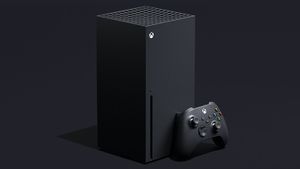 
I'm a lockdown Odysseus: Why Assassin's Creed is my go-to game 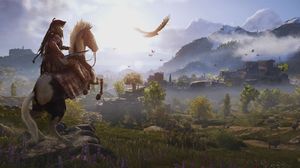