DragonBear Studios tells Byteside about making a game wonderfully lathered in Aboriginal culture - and the challenges this presents.

“The top thing that I want to really push is the knowledge that Indigenous people hold. It goes so much further than people realise. It's not just hunting and gathering.”

Phoebe Watson, game designer at DragonBear Studios and proud Yarrer Gunditj woman of the Maar Nation of South West Victoria, is trying to do a lot more than just make a fun new game.

“There were farmers looking after the land for thousands of generations in the future. And we hold other really sacred ideals too, like how our elders are really special and looked up to.”

DragonBear Studios is an indie game development studio based out of Melbourne, Australia. The team has been particularly strong on championing Aboriginal representation with their upcoming inn management adventure game, Innchanted. So dedicated, in fact, they even changed the name.

The first time I played Innchanted was at PAX Australia last year, back when it was still called Chaos Tavern. The game was already quite solid in this early build.

I took a partner along and we madly co-oped our way through the Overcooked like levels as our inn grew larger and clientele more demanding. It had nice little touches like minor moral choices and lathers of Australiana such as a lyrebird reciting your mail and didgeridoos in the background.

It also had booze. Quite a lot of it. Well, it didn't but it looked like it did. The potions artwork originally looked like alcohol. So much so I just thought they were and had to update this article to say they weren't.

My ignorant white ass didn’t even think twice at the time as that’s also a pretty big part of what I think of regarding Australian culture. However, alcohol has done irreparable damage to Indigenous communities and become a negative stereotype for many First Nations people.

Thankfully, even in the 2020 PAX demo it was no where to be seen.

Letoya “Toya” Muraru, one of the artists working at DragonBear with a mixed background of Borroloola Aboriginal, and Portuguese/Timorese heritage really highlighted how harmful this kind of correlation can be.

“I don't see it too much here,” says Muraru. “But when I was in Darwin, I was constantly surrounded by that. You'll see homeless Aboriginals on the street with the family, and they're just drinking. And especially, given that Darwin was such a big tourism area. We had a lot of tourists coming in. And that's the visual representation of what they think that Aboriginals are like. Which is completely incorrect.”

“When I was in uni up there, one of the lecturers said, ‘What's the one most hated thing in Darwin?’ and a white girl stood up, mind you, with like three or four other Indigenous students in the room, saying ‘Aboriginals’. It's just like, we're actually kind of working our arses off here like you. That's a little unfair to say, based on what you see just on the screen.”

So the folks at DragonBear decided to remove alcohol references entirely, thus furthering their goal of building not only a fun management experience but an incredibly wholesome game with positive representation.

Doing something like this is no small task, Creative Director at DragonBear, Paulina Samy explains that even a change that sounds this small can be a lot of work.

“We stripped every single type of connotation of alcohol out due to feedback, as well, which is something we wanted to do ages ago. But again, it was just something that took a long time, we had to redo all of the assets, which was very expensive and time consuming.”

But Innchanted goes so much deeper than that, it’s more than just chucking the booze.  There’s a real deep understanding and level of care here in representing Aboriginal people and culture that can only come with having them work on the game.

After talking to some more with game designer Phoebe Watson, I learned that many of the core pillars used in the design of Innchanted all actually came from talking to Aboriginal Elders and asking questions about what they would like to see in a game.

“You know, we had initial consultations with a few questions and there's time at the end, where I gave elders specific space to say, ‘what do you want to put in? And what would you like to see? And what do you think is really important to share?’ A lot of that was about taking care of the land first. So we took those ideas and tried to apply them in the context of our game, through narrative and actions and things like that. Then we take it back and show them and see what they think.”

Watson explains that part of what can make this so difficult is that some information can be difficult to come by. Some knowledge is quite sacred to many Aboriginal groups and will only be passed down in certain ways. This combined with lots of misinformation or misinterpretations out there can make even simple research quite a tricky task.

“When Paulina brought me on board, we were really wanting to look at some creatures inspired by Indigenous stories and things like that. So I did a lot of research on the internet, which is more difficult than you think, you know, there's a lot out there, but it's kind of spread out. And it's all really weird. And they're all the same.”

So this is why the ability to go talk to elders and other members of the community has proven so important. Finding this information the way it’s meant to be, passed down through families.

“I get to just go out, and search. I talked to my family, and then I'll go and talk to elders to get information from there as well. And it just really stems from those initial ideas before reworking it.”

Muraru ran into the same problems when putting together art for the game as well.

“I was just on the art test and Paulina gave me a design of an Aboriginal farmer. I was researching that too and there's not too much with that in visual representation. The ones that I did come back with, I've got the feedback that it was too Western. But they were actually pictures of Indigenous men, from earlier on dressed as that.”

And the point is that making the art isn’t the only area of difficulty in portraying Aboriginal themes. Getting people to believe you about it is just as hard.

“There was a lot of feedback that people weren't feeling the Australian vibes. And so we tried to make that a lot stronger.” Samy explained.

“I remember one of the first pieces of feedback I got from a very established studio. One of my friends was like, "why isn't this an Aboriginal art style?" And the answer I had was because actually, I want to give my Aboriginal artists a chance to do contemporary art.”

There’s a real effort to bring natural and earth colours in amongst the vibrant designs of Innchanted. It’s all about tying these themes back to the land and what’s important in Aboriginal culture, but our perception of this also needs to grow beyond stereotypes and traditional ideas.

“I think that was cool and exciting to push those boundaries. People can make art however they want and the nature of globalisation means that things don't necessarily have to be traditional to be culturally specific.” 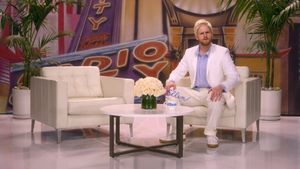