I'm a lockdown Odysseus: Why Assassin's Creed is my go-to game

While others found tabletop simulators and and online D&D helped overcome their isolation, I found that I didn't want my odyssey to end.

Lockdowns have become an increasingly familiar part of our year of the plague 2020. This brings with it altered mindsets as we are cut off from the real-world social ties that nourish us and confirm our place in reality.

The fact that we’re living through this health crisis with the ability to also be online means we are part of an utterly unique moment in human history. While we experience physical distance similar to other epochs, our capacity for connection has never made our understanding of isolation so conflicted.

We are both trapped alone in a space and yet mentally unfettered.

This produces a whole range of weird effects from Zoom fatigue (big shout out to the unlucky software providers whose video comms tech failed to get them into the illustrious position of naming a hitherto unknown condition), to strange dream cycles.

At this point, is it even a question that our gaming patterns have also changed?

I’m normally an avid board-gamer but lockdown me wasn’t able to do it. Many of my core crew switched pretty seamlessly into tabletop simulators with evening dates on Discord not at the dining table.

For some reason I couldn’t. I thought about it. I tried a couple of times. But somewhere between the existential anxiety, I hadn’t reconciled myself to the mental separation from work while I basically lived my whole day in the same room. The simulated boardgames felt beyond me.

What’s for certain is that the lockdown effect takes a hold of us in different ways. Some friends built a new social life that revolved around social gaming, a spot of D&D here, a little simulated boardgames there. But I retreated. I began my odyssey.

My love of Assassin’s Creed didn’t just happen in 2020. It started with a huge moment of assessing what my life meant which I navigated with the simple game play of Assassin’s Creed II, the beautiful architecture of 15th century Florence, and the mindless killing of random guards.

Prologue: I had already played through most of the core quest lines by the time the lockdown began. I was also pretty determined not to buy any of the additional downloadable content (Oh reader, I failed at that naive dream).

The quests I set were now my own. It’s an open world with a series of regenerating small quests if I needed the quick fix of reaching an attainable goal. Sanity seemed too much of a stretch.

Acts 1-5: I had an odyssey to attend to. I, Kassandra, would discover the entire map on foot.

And this really brings me to the point. The ancient Greek world created by the Ubisoft team is soooo idealistic as to appear to be paradise.

From the snow topped hills of Laconia, to the gorgeously summer-drenched isles of Naxos, Paros, and Mykonos, it is uniformly gorgeous. I would wander happily for hours enjoying sunlit fields and dusk over the mountain of Boeotia.

I was thankful I had the capacity to at least pretend the outside world wasn’t falling in on itself.

The power of wandering in open world games is well recognised and as lockdowns began, the recommendations to just take an online walk started to flow in. It’s not a cure for missing your family and friends, but it gives you an illusion of a more idyllic time.

The real value of open world games is the capacity for autonomy. The choice to wander off the narrative path and to define your own small goals. Part of my mapping odyssey was to visit every question mark, but I wasn’t in any rush.

I didn’t magically summon my rainbow unicorn horse to quicken the pace. I didn’t want my odyssey to end.

In games as in life, sometimes it’s how you get there that matters. 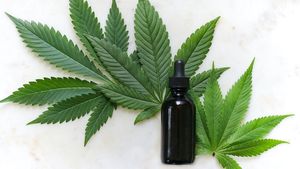 
Why I became a medical cannabis patient 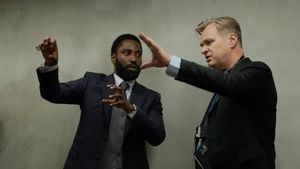