The BBC America take on Terry Pratchett's City Watch has a trailer now and some rather important Discworld true believers aren't pleased.

There's a new trailer for the BBC America's take on Sir Terry Pratchett's The Watch and it has more than a few fans unconvinced.

For the uninitiated Discworld is a series of novels by the late Terry Pratchett. They’re set in a fantasy world shaped like a disc which stands atop the backs of four elephants who ride a turtle (probably a female based on expeditions over the side of the rim) through space. The main twin city of Ankh Morpork is similar to 18th century London with dashes of other places and times mixed in there. Plus things like magic, vampires, assassin’s guilds, and inedible meat pies.

The main thing you need to know is they’re excellent and just seemed to get better as Pratchett fleshed out his world and writing style. Each book has made me laugh, cry, and think in ways no other stories have ever managed. They’re completely ingrained into my beliefs, moralities, humour, and well just everything really.

These books mean everything to me and I’m not alone. So when BBC America put out its first trailer for their adaption to Discworld’s popular series focused on the Nightwatch of Ankh Morpork people were rightly concerned.

None more so than Terry Pratchett’s daughter Rhianna Pratchett, and his collaborator, friend and multi award winner himself Neil Gaiman.

And they’re right. These adaptations appear to have shifted Discworld into a sort of cyberpunk eyeliner heavy chaos explosion. It’s not that a genre twist wouldn’t work, the themes of the books can easily transcend this. It’s more that it feels like the soul has taken a real hit.

Vimes is the leader of the Watch and features prominently in the trailers but I’d never guess it was him without hearing him called by name. The ruddy faced, barrel shaped, indignant down to business, creature of necessity that is Vimes is nowhere to be seen. Instead we have scrawny punk who seems to play for laughs. It might still be a good show, but it clearly doesn’t have Sam Vimes in it. As one of the most prominent beating hearts under the polished breastplate of The Watch, it doesn’t feel like a good start.

Thankfully Rihanna Pratchett is already on it. She’s co-director of the production company Narrativia which was launched by Terry Pratchett in 2012.

While Narrativia is an executive producer of BBC America’s The Watch, the company has no creative involvement. Recently the company partnered with Motive Pictures and Endeavour Content with plans to produce multiple Discworld series of it’s own, which are set to hold truer to the source material.

Though I’m excited for Narrativia’s creations, I’ll admit to still being hesitant.

There have been many TV movie adaptations over the years of some Discworld Novels and for me, they’ve all been good, not great. They’ve certainly felt more Pratchett than The Watch does but that man could turn a phrase and build a world I’m not sure can be recreated in any other medium.

I don't know that we have the ability to make his worlds feel as nuanced and deep as they do in the books, but I’m damn glad some of the right people are trying their hands at it. 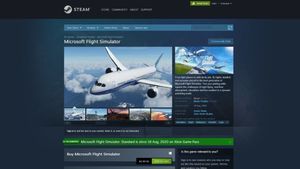 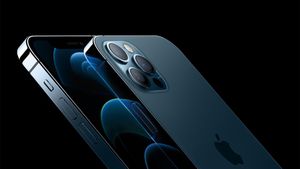