Jennifer Doudna and Emmanuelle Charpentier have been awarded a Nobel Chemistry prize for their astonishing work with altering genes.

The pair created a method which can simply and precisely alter DNA by snipping bits off. A molecule discovered by Charpentier while studying bacteria was disarming viruses in the same manner. She and Doudna worked together to recreate this technique dubbed CRISPR-cas9 which is already showing very promising results against inherited disease.

The award makes Doudna and Charpentier the sixth and seventh women to receive the accolade for research in chemistry. It also makes them the first all women team to be awarded a Nobel science prize, which the pair hope will encourage others.

"My wish is that this will provide a positive message to the young girls who would like to follow the path of science, and to show them that women in science can also have an impact through the research that they are performing," Charpentier said.

Doudna echoed the sentiments and also told reporters "I think for many women there's a feeling that no matter what they do their work will never be recognised as it might be if they were a man, and I'd like to see that change, of course, and I think this is a step in the right direction"

They aren’t the only women winning big at the most prestigious awards in the world. Andrea Ghez was awarded a joint Nobel prize in physics with Roger Penrose and Reinhard Genze. The group’s research on black holes and our own potential supermassive black holes earned them the prize.

Like Doudna and Charpentier, Ghez also commented hoping the event would "inspire other young women into the field".

And while I’m so proud of these women, their achievements, their strive to inspire others, and their incredible resilience to get where they are this article makes me a little sad. I long for the day where I can read about the achievements of women without all this padding to inspire others.

Because there's a lot of interesting things about their research. The ethical implications of being able to change human DNA is huge, so huge people have been jailed for it in the past. There's so many things to say about their achievements, the potential, the power, it's incredible.

I wish we didn’t need all this fanfare. But I know we do. I know despite my keen interest in science I just assumed I wasn't good enough growing up. Not so sure I'd think that anymore. I’m so glad we have women like these to look up to so we have a shot at a future where no one else has to. 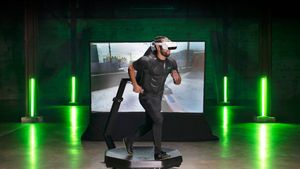 
Virtuix Omni One prototype reveals the most viable VR treadmill yet 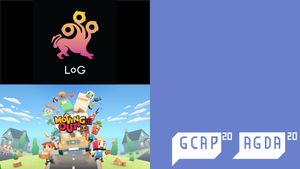