Gabe Newell says he's eager to have a chat with Jacinda Ardern about moving game production teams to New Zealand.

New Zealand has felt like a bit of a beacon of light in the recent years that are 2020. As a country they deftly tackled Covid nice and early and then last weekend its progressive PM Jacinda Arden won re-election in a landslide victory.

Whatever your thoughts on politics, New Zealand appears a nation united. Given the rest of the world, this seems less likely than Half Life 3 releasing.

Gabe Newell, the co-founder and president of Valve (owners of Steam, makers of games, arguers with the ACCC) has got to witness it all first hand. Newell has been in New Zealand since March after becoming a Covid refugee while on holiday, and it doesn’t look like he wants to leave.

Newell talks about a potential meeting with Jacinda Ardern to discuss companies temporarily moving to the safe haven to continue business.

"Because I've been going on a pro-New Zealand campaign lately, I'm probably going to be meeting with the Prime Minister," Newell said. "Given there is something super valuable that has been created here in New Zealand due to the hard work of the population of New Zealand, there is likely a large want to temporarily relocate production teams into the country."

And we get it. We’d all like to move to New Zealand. Not only is it safe and stable with a PM who seems to actually know what a conscience is, but it’s also beautiful. Plus they look set to legalise cannabis soon.

Gaben’s on to something here for sure.

I’m not sure about the capitalist goals to boost production and just move development teams to a new country, but at least it’s a country worth moving to. Especially with the state of, well, most other countries at the moment. I wouldn’t exactly be complaining. 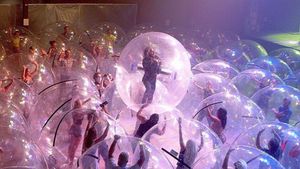 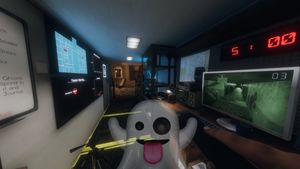