Graphene once again shows how ridiculously clever it can be as scientists discover a way to generate current from Brownian motion.

Graphene is one of my favourite things. It’s amazingly conductive, incredibly thin and scientists just keep finding amazing new things to do with it.

Graphene is single-atom-thin layers of carbon. That’s literally as thin as things get without doing weird subatomic business. And while the research is slow and steady it is being explored for use in everything from batteries to water filtration to solar panels to sensor technologies and so, so much more.

This process has caused what is referred to as the “graphene effect” in my household. If you hear someone make an incredulous noise or say something like “What can it do now?” while reading something, you can usually reply with “graphene?” and be right on the money.

Today that noise has been made once again because physicists at the University of Arkansas have built a circuit that can generate clean and apparently unlimited low-voltage power using graphene’s thermal motion.

Part of the reason this is so cool is because it’s meant to be impossible. Thermal motion boiled down is the random movement of atoms without an electrical current. Things naturally push and pull against each other, when suspended in a liquid or gas (it's known as Brownian motion). There’s a lot of math involved which I’ll confess to not totally understanding right now but this process isn’t supposed to create energy.

Freestanding graphene is the thin stuff we’re talking about. Three years ago physicists discovered that it could be used to harvest energy from itself. It’s the way the layer moves, and by putting two diodes that convert alternating current to direct current, it looks like they can now harvest the thermal motion (which shouldn’t technically be energy at all, really) and make usable electricity.

Even more amazingly there’s no actual difference in temperature between the graphene and the circuit that harvests the energy. Because that would be impossible according to the second law of thermodynamics. Incredibly basically (put by me, not a scientist): energy is heat, heat can’t be created without energy, things should get colder. This is what leads us ever closer to entropy.

It’s not exactly a fun rule, but it is a rule and we’ve found a way to essentially generate energy without breaking it. Even if it is in very small amounts.

And these very small amounts just get even cooler. Because of how slow the thermal motion is, the current the circuit gets its hands on is at low frequencies. Electronics love low frequencies and function more efficiently on them.

The next step in this research is to try to store this current to act as a battery replacement which would again, be incredibly cool.

But like I said, we’ve been making incredulous and excited noise about graphene discoveries for almost 10 years in this house without much to show for it in consumer terms. I look forward to a graphene powered future, assuming we last long enough to see it. 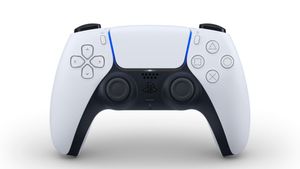 
League of Legends own K/DA releasing debut album this November 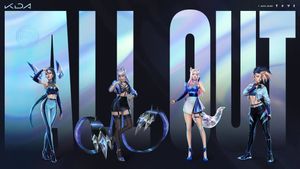