Your excitable history lesson on Netflix's Blood of Zeus

Our resident historian goes deep on what Greek myths the new Netflix anime looks like it will be digging into.

The blood of Zeus is about to be spilt. I’m all for breaking down the Netflix official trailer ahead of the Oct 27 release. So let the pleasure of speculation begin!

“In a brewing war between the gods of Olympus and the titans, Heron, a commoner living on the outskirts of ancient Greece, becomes mankind's best hope of surviving an evil demon army, when he discovers the secrets of his past.” ~ Netflix

This tale looks set to pick up some classic ideas from Greek mythology and I’m here for this content. It’s a tough life when you’re semi-divine, don’t realise, and there’s a looming war between the old gods and the new.

With a name like Heron, I’m hoping this is a hint that our would-be everyman either has long legs with a penchant for freshwater OR a secret connection to Hera... 🙏

The Titans are big, bad, and curse the Olympians as they’re defeated. We’re told VERY DRAMATICALLY told that the Giants are born from the blood of the last Titan to fall. This is crucial info: this series is not going to be a retelling of the Titanomachy (the war between the Olympians and the Titans) but a version of the Gigantomachy (the war with the giants).

The Gigantomachy is a very cool set of stories that come to us from the writings of Hesiod, Homer, and Apollodorus. The most important detail from these ancient stories that dovetails beautifully with the Blood of Zeus trailer is that the gods realise that they’ll need the help of a mortal if they want to win this war.

There’s the worried woman trope – presumably Heron’s mother. This raises my ire just a tad. I love myth, but do we really still have to stereotype people according to gender? My dream: that this woman gets a fantastic arc of her own that passes the Bechdel test.

Her reveal, “You’re no bastard; you’re the son of Zeus!” is pure cliché. The trailer score positions this as an emotional moment of significance and undoubtedly it is for Heron, but for Greek myth this is a routine story. It’s usually quicker to ask who Zeus hasn’t fathered.

In terms of the allusion to the ancient stories about the Gigantomachy, it’s often Herakles who steps into the fray as the mortal hero (also a son of Zeus…), but as we can see from our trailer, it looks like we’re about to a get a version with a different son of Zeus. Fair enough. Sons of Zeus are a dime a dozen, so really it’s not a big stretch to make up a new one.

The demons that Heron must destroy bring a chthonic element to the story. This nicely reflects the complex relationship the ancient Greeks had with the natural world and their understanding of  the Underworld.

(Looking to brush up on your ancient Greek lore? There’s some fantastic podcasts covering the subject of what the ancient Greeks believed, including this gem from Ancient Greece Declassified and this series from La Trobe University).

The animation is the work of Powerhouse Animation Studios who also brought us Castlevania. The visual style is dynamic bringing together an anime aesthetic with a story that looks set to be inspired by Greek myth even as it deviates from it. The dark tonal palette screams heroism and danger.

Speculative verdict: The premise is interesting and the visuals are dope. For me, it’s going to come down to character and plot. Bring on the release! 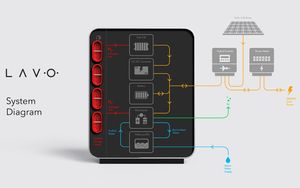 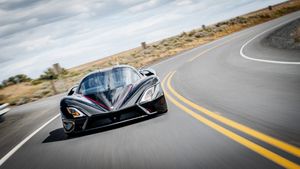