A chemical associated with microbiotic life on Earth has been discovered in Venus’ clouds which could point to some form of life on the planet.

All the attention on Mars lately has made our closer neighbour jealous, it seems, so it's decided to put on a show that has scientists excited. A chemical associated with microbiotic life on Earth has been discovered in Venus’ clouds which could point to some form of life on the planet.

CNET reports scientists observed phosphine or PH3 in the cloud decks about 53 to 62 km above the planet’s surface using telescopes here on Earth. This compound can also be found on Earth and is thought to be produced by microbes living in oxygen-free environments.

If you’re not familiar with phosphine, consider yourself lucky as it smells like off fish and as an added bonus, is very toxic both by inhalation or if absorbed through the skin.

It’s important to note that phosphine can be caused by things other than microbes. Jupiter is also known for housing the chemical but is believed to be caused by the immense energy from the gas giant’s enormous storms.

Venus is also a notoriously inhospitable planet but there’s no current chemical process to explain phosphine’s presence. The planet is known for its boiling 470 C temperatures and pressures equivalent to 900m underwater depths on earth. However, these don’t explain the PH3 and interestingly where it’s found in the cloud decks is much more similar to conditions on Earth. Plus there’s also the presence of Sulfuric acid clouds which should destroy phosphine and are also pretty detrimental to most life we’re familiar with.

The research paper published in Nature Astronomy by a team from Cardiff University and the University of Cambridge goes further to explain the confusion of phosphine’s presence.

"If no known chemical process can explain PH3 within the upper atmosphere of Venus, then it must be produced by a process not previously considered plausible for Venusian conditions. This could be unknown photochemistry or geochemistry, or possibly life."

However, don’t get too excited for alien life just yet, the paper also states "Even if confirmed, we emphasize that the detection of PH3 is not robust evidence for life, only for anomalous and unexplained chemistry."

NASA is talking about sending new probes to Venus in future, including hot air balloons to investigate the atmosphere. So perhaps there could be a new target on the agenda for such a mission with this latest discovery. 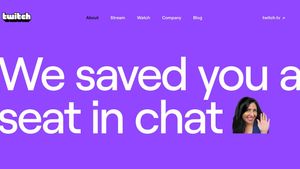 
Here's what armchair COVID experts are getting wrong 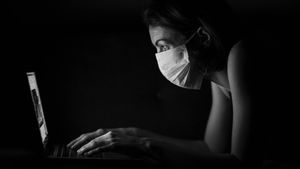