I loved Harry Potter deeply, but I can't be excited about the wizarding world anymore. If you must, support a charity and make a difference.

The big PlayStation 5 event this morning has everyone abuzz. With new games on the horizon and finally some preorder and pricing information, people are excited for the next generation of consoles. And I get it.

But that Hogwarts Legacy game announcement sure felt like it picked a bad day to be announced. And with some folks genuinely excited about it this is one thing I just can’t get anymore.

I was a huge Harry Potter fan, the perfect target audience. Bookish kid, basically the same age as Harry and the gang as the books progressed, desperately seeking purpose in life. Begging the world to be more.

There’s a beautiful fantasy in going from the unloved child under the stairs to the literal saviour of a magical world. Plus he made three friends immediately and became a sports star. There’s so much wish fulfilment packed into this childhood fantasy that I understand why so many of us were so enchanted.

But it’s more than the content of the books. I love my sister dearly but we are very different people in many ways. She’s 10 years my senior and just a fun, sporty, kind, upbeat, beautiful person full of light and life and I am, well, not. We both read the books at the same time. I even borrowed her copies and then my dad read them too. Even now we live interstate and her last visit was to see the Harry Potter stage play and she left me her house scarf as thanks for letting her crash at my house. Books are about relationships.

Here’s a fun thing I didn’t want to have to admit. I basically learned to write roleplaying Harry Potter (among other things) as a teen online. Became sought after for my interpretations of some characters among some communities (surprisingly all SFW).

It wasn’t even that I loved this world so much but that it was popular enough to find many to engage with me in it, unlike many of my other loves of the time. I found a community. Plus I can type at 125 words per minute when I’m in the groove and I’m not awful at spinning some words. I can’t deny that Harry Potter might have played a role in that. Books are about experiences.

But I see this new trailer for a game set in the wizarding world and I can’t get excited about it. It doesn’t matter how cool it looks, how much it appeals to my ongoing desperation to be more than I am. I don’t care how much I dream of magic in this world. None of it matters compared to people. And giving J.K. Rowling any more money or support feels like too much at this point. There are other books.

I now can't shake the feeling that buying this game is supporting someone who actively promotes beliefs that hurt people. Rowling's arguments and more recent work has made it clear that she does not believe trans people deserve the same rights as others. Then there's her treatment of the supposedly absolutely very-gay-just-not-in-the-book treatment of Dumbledore. And her choice of pen name Robert Galbraith, which Rowling says is definitely unrelated to Robert Galbraith Heath, the father of gay conversion therapy.

I mean, if I realised I’d picked a pen name that was exactly the name of a dude who tried to electrocute the gay out of people I’d damn well change it.

Of course, you probably know a lot of this. Maybe you don't care. Or maybe you’ve got this dark feeling in the pit of your stomach when you see the Harry Potter logo show up these days. You watched the trailer for Hogwarts Legacy with equal parts giddy magic excitement and a heavy unsettling trepidation.

Listen to that trepidation. There are other games.

But fine. I know many of you just can’t. For whatever reason the hold on you is too strong and you've tried to split the world from its creator. If that's you, there are still things you can do.

If you are still so compelled to give money to this woman then do something to counter balance it. I won't condone your choice, but I will implore you to make a donation to offset the bad karma.

After asking a few trans friends for ideas, the consensus seems to be Black Rainbow is one of the best you can donate to in Australia. Black Rainbow is a wonderful non-profit organisation, indigenous owned and operated, for Aboriginal and Torres Strait Islander LGBQTI+SB (Sistergirl and Brotherboy).

Another great choice is Twenty10. They’re based in NSW and your donation will go towards continuing to offer free counselling to young LGBTIQA+ people as well as access to safe physical space people can come to four days a week for support and togetherness.

If you aren’t buying the game, I'm right there with you. But maybe make that donation anyway? I’d wager these charities will make wonderful use of that money, if you have the means. 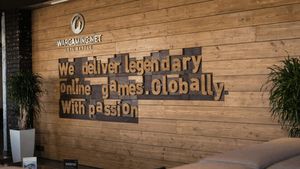 
PlayStation Plus Collection: the games we know so far 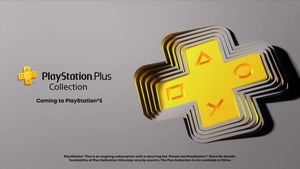