From fashion to food, sport to sound, we've gathered some great docuseries to dive into for a binge that educates while it entertains. 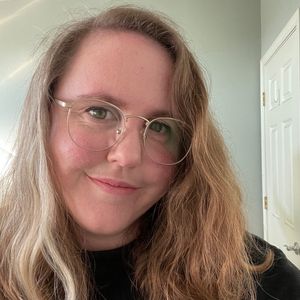 Everyone has their go-to comfort TV shows, from childhood favourites to reality TV. During these times, I’ve noticed that people too often overlook the docuseries.

Whenever I’m upset or can’t fall asleep, documentaries are my go-to. There’s something really comforting about watching human interest stories, seeing animals in the wild, and letting yourself learn something new.

Here's some of the great series easily accessible right now across the big streaming services.

Worn Stories is a thoughtful, warm-hearted limited docuseries about clothes. Each episode is titled with a theme such as “Community” and “Growing Up” and shows interviews from regular and famous people telling a story about one piece of clothing they have in their closet. This series is guaranteed to make you think about clothes in a new way and you may even remember a story of your own.

Watch The Sound with Mark Ronson

Do you love learning about different music techniques? Watch the Sound with Mark Ronson is the docuseries for you! The Oscar and Grammy award-winning producer talks to music legends and hitmakers about how technology helps them find the perfect sound and the history behind popular methods to create unique sounds in music.

[Ed note: The episode on Reverb is one of the best things I've seen in years... -SB]

Narrated by Samira Wiley of Orange is the New Black and Handmaid’s Tale fame, Night on Earth shows us what animals do at night using state of the art camera technology. Wiley’s narration is incredible and sets the tone for the series as each episode explores different environments such as deserts, frozen tundras, and even cities!

Miss going to Disney theme parks and waiting in line for your favorite rides? Disney+ has a docuseries that explores the history and the mechanics behind some of the most popular rides across all Disney’s theme parks, such as the Haunted Mansion and Space Mountain! Disney+ released the first five episodes on July 21st, but will release the second half of the season on August 25th!

Where are my etymology nerds? History of Swear Words features interviews and talking heads from comedians, etymologists, and scholars who explore your favorite curse words. One of the best parts of this series is actor and host, Nicholas Cage. He isn’t afraid to make fun of himself and understands that the history and cultural influences behind swear words are the real star of the show.

The Test: A New Era for Australia’s Team

Amazon’s selection of original docuseries is pretty slim, but they have a wide variety of sports docuseries including The Test: A New Era for Australia’s Team. The Test follows the Australian national men’s cricket team as they rise from the ashes of a major defeat and rebuild their reputation one day at a time.

Tiny World is an ongoing nature docuseries that explores some of the world’s smallest creatures and what they do to survive. Narrated by Paul Rudd, each episode focuses on different terrain from the Savannah and ponds to reefs and even your own backyard! A lot of nature documentaries aim for great cinematography and Tiny World is just as visually pleasing as it is educational.

High on the Hog: How African American Cuisine Transformed America

Based on the book by culinary historian Dr. Jessica B. Harris, High on the Hog explores the impact African foods have had on the United States. Host Stephen Satterfield travels and speaks with a number of Black culinary historians, chefs, and other food experts to explore how these recipes and food traditions are being preserved today. They recently got renewed for a second season!

Disney loves its Marvel fans, so of course it created a docuseries dedicated to Marvel’s storytellers and comic book lovers. Each episode focuses on a different part of the Marvel brand and how it’s influenced modern culture, from action figures and comics, to “Japanese Spiderman” and the world of cosplay.

Penguin Town is like if Meerkat Manor and March of the Penguins had a baby, except these endangered African penguins migrate to a picturesque South African town for the summer. Comedian Patton Oswalt narrates this family-friendly docuseries where penguins try to find a new mate, start a family, and do what they need to survive. 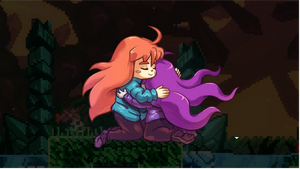 
A retelling of anxiety through the thoughtful platformer Celeste 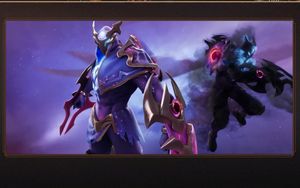