Solar Ash from Heart Machine, the studio behind Hyper Light Drifter, gets a gorgeous new trailer showing gameplay similar to The Pathless.

Heart Machine, the Californian studio behind Hyper Light Drifter, sure knows how to make a pretty game.

Solar Ash, coming to PS4 and PS5 this year, saw a fresh trailer at the February State of Play event showing off gameplay footage for the first time.

A stylish 3D platformer with a focus on speed a fluid movement, Solar Ash appears to share a fair few commonalities with fellow indie game The Pathless.

Both games feature skating-like movement fuelled by collecting objects throughout the world, while locking onto targets in the distance boosts you forward.

What seems to separate Solar Ash is an increased focus on combat, whereas The Pathless is a largely pacifist game. Solar Ash's trailer also showed off a big boss encounter against a being known as a sentinel, which in this case took the form of a giant bone dragon-like creature.

Like Hyper Light Drifter, Solar Ash has a gorgeous colour palette, with the contrasting turquoise and magenta environments playing off one another beautifully.

There's no specific release date other than a vague "2021" window, so expect to see more Solar Ash news later in the year. 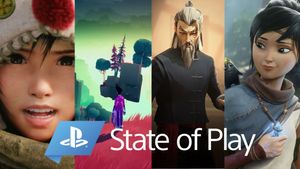 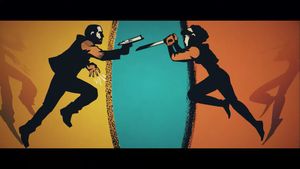