Dan Golding on his ARIA nomination for the Untitled Goose Game

We talk to Golding about converting a game soundtrack into a linear format, what the nomination means to him, and what he's working on next. 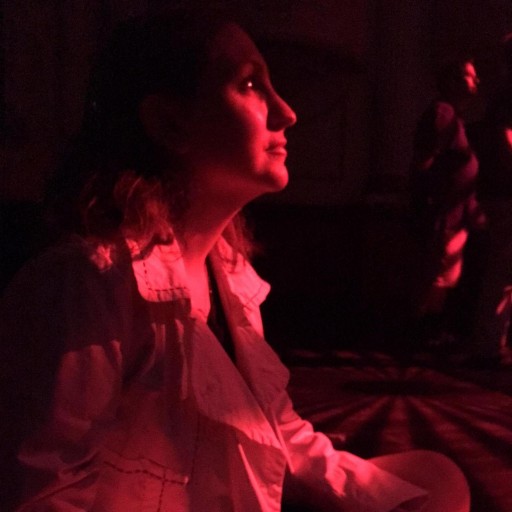 For the first time in the Australian Recording Industry Association history, music from a video game has officially been recognised, with Dan Golding's soundtrack to Untitled Goose Game picking up a nomination for this year's ARIA Awards.

Untitled Goose Game (Official Soundtrack) is one of five nominations for Best Original Soundtrack or Musical Theatre Cast Album, nestling alongside ABC TV soundtracks for both Mystery Road and The Letdown, Chelsea Cullen's contribution to I Am Woman, and the Grigoryan Brothers' A Boy Called Sailboat.

Thinking for a brief moment that the news was too good to be true, we checked in with ARIA to make sure that this horrible goose really was the first gaming soundtrack to be nominated, and the response we got was short and sweet:

It is indeed. I love the game too.

Making this story even sweeter, the news was completely unexpected for the composer. Golding admits he “didn’t think much of it” when he was told his record label (Universal Australia) had submitted the soundtrack for consideration.

“I thought perhaps the album art or something more technical might score a nom. I'm still gobsmacked it was the album itself in the relevant category.”

“It's a tremendous honour to have made the first game soundtrack to be nominated for an ARIA award,” says Golding. “I've never really felt like the videogames industry needs to wait for mainstream organisations to validate success, but it is nice recognition that not only does Australia make great games, but that there are plenty of talented composers working in games here too.”

“From Jurassic Park: Operation Genesis and De Blob to The Gardens Between and Florence, there's such a great lineage of great music. In fact, given even just that list, it's mind-boggling to me that Untitled Goose Game was the first to be nominated.”

The soundtrack to Untitled Goose Game already stood apart from many of its peers. The album was released in March of this year through Decca, a record label close to Golding’s heart. The composer grew up listening to the publisher’s classical releases, never expecting one day the logo would be attached to his own compositions.

But Golding admits the path taken by the goose isn’t necessarily for everybody.

“[Working with a label] was right for this project, because given the soundtrack's classical leanings we could link it with the Decca brand,” he says.

“A ‘proper’ release for a game soundtrack is a wonderful thing and a project in its own right, given how a lot of game soundtracks need a bit of ‘translation’ to work on an album outside the game – releasing a 18 second track called ‘Battle_Fanfare_47.mp3’ isn't always ideal, for example.

“But some projects – including several of my own up until this point – are still just perfect when released yourself on indie platforms. So I wouldn't say it's the gold standard for everyone, but if it works, then it works, and I hope this album helps open up those pathways.”

Those “classical leanings” Golding refers to? The soundtrack to Untitled Goose Game actually started out as a collection of classical music, Debussy’s Préludes, so being released as a classical album is a strange sort of coming full circle, with a bit of technical wizardry tucked in the middle.

The “real” soundtrack for the game is actually a collection of more than 400 stems – tiny musical fragments that are just two beats long, based on two different recordings of Debussy’s compositions.

Everybody’s playthrough is accompanied by a different arrangement of stems: if the goose is quiet, the game is silent, but as the goose starts to move, you'll hear softer music, and when the goose is being chased, a more excited version kicks in. The game chooses which stem to play at which point, creating hundreds of thousands of possible combinations.

Predictably, this threw up some problems when trying to convert the music back into something that formed a coherent soundtrack.The digital-only release featured both the calm and the "excited" versions of Debussy's compositions, followed up with two of Dan's original tunes.

The upcoming vinyl edition edition takes things one step further, utilising a double-groove technique – whether your experience is calm or excited depends on where you place the needle on the record.

Golding – who is also a senior media and communications lecturer at Swinburne as well as hosting Screen Sounds for ABC Classic – is never one to sit idly by. There are already “a few” projects in the works – he’s dusted off some classic 1970s synthesisers and a pad of manuscript paper, embracing the nostalgia of composing by hand.

“I suppose in keeping with what I've done so far, [these new pieces] are fairly clearly different for the music people might have come to expect from me.”

Just like so many things in 2020, the upcoming ARIA Awards ceremony on November 25th will be a little different. Presented in partnership with YouTube Music, the event will be broadcast around the country on the Nine Network from Sydney's (empty) Star Event Centre, with performances showcased on YouTube.

Melbourne-based Golding speaks for us all when he ponders that a lot may change between now and then: “Will I be able to have a few friends over or, almost unthinkably, go to the pub? I think for the moment it's safest to say that I'll be avidly watching along at home with a glass of something sparkling.”

For those eager to dive deeper, here’s a talk Golding gave last year on creating the soundtrack to the game. 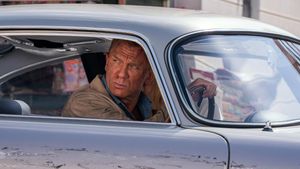 
007, take the bloody streaming deal or risk losing it all 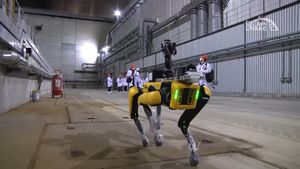