Art of Rally is a beautiful racer like no other

Art of Rally feels both authentic and ethereal due to its brilliant audiovisual design. Racing veteran or a newbie — this is all style, all substance.

Many car games capture beauty through highly realistic renders of vehicles and equally stunning locations, such as Forza Horizon 3, which I still count as the most incredible-looking racing game to date — Australian bias notwithstanding.

But no racing game captures beauty quite like Funselektor's Art of Rally.

Serving as a history lesson of sorts for the 'golden era' of rally, you'll get to hop behind the wheel of various rally machines from the 1960s through to the 1980s.

Importantly, driving feels significantly weighty, with the fight of man-versus-machine-versus-road a deeply challenging and rewarding experience. Drifting through corners of varying sharpness is difficult to master, particularly considering the many environmental elements at play. However, nailing a corner at speed is exhilarating and well worth the effort.

After crashing into lots of trees, naturally.

You'll likely spend most of your time drifting through the career mode and unlocking new cars through each event set in subsequent years and different locations. Of course, there are the expected time trials and leaderboards such a genre warrants, plus a Tony Hawk-style free roam mode replete with collectible 'R-A-L-L-Y' letters. But Art of Rally's true joy comes from its wonderfully stylised setting.

Instead of the classic pursuit camera angle favoured by many racers, Art of Rally adopts a zoomed-out, top-down isometric view, placing as much emphasis on the gorgeous locales as the actual racing.

It's as if the classic Micro Machines games received tighter driving gameplay and an art direction worthy of hosting its own gallery. And, my word, is it an absolute treat to look at.

In going for style over realism, Art of Rally immediately stands out with its diorama-like locations seemingly taken out of a lovingly drawn picture book. Across winding tracks throughout different countries in conditions such as rain, snow, and the glow of golden hour, I adore being in this game despite being utterly terrible at it.

Special mention to the rallies hosted in Japan; the contrast of the pink cherry blossom petals against the lush green surrounds is breathtaking. Subsequently, I've decided that more racing games need cherry blossoms.

Not simply content with showering you with such vibrant depictions, Art of Rally knows how good it looks, too. There's a photo mode packed with many of the customisation features expected of a major studio release that lets you create your own artistic expressions of rally racing. It's impossible to take a bad screenshot in Art of Rally. You show me someone who has, and I'll show you a liar.

As if Art of Rally didn't squeeze enough into its relatively unassuming little package, its Outrun-styled synthwave soundtrack is another wonderful addition. While not pounding enough to create urgency and stress, the music gently thumps away, orchestrating an undeniably cool sensation regardless of driver skill.

Fascinatingly, the Absolute Drift developer Funselektor — also known as Dune Casu — created Art of Rally while cruising around Canada, Mexico and America in a camper van, in addition to participating in rally school for inspiration. It's clear Casu's work is reflected in-game; while grounded in realistic driving, Art of Rally feels both authentic and ethereal all at once due to its brilliant audiovisual design.

It doesn't matter if you're a racing veteran or a newbie car enthusiast — Art of Rally is all style, all substance.

Art of Rally is out now on Steam, GoG and the Epic Games Store. 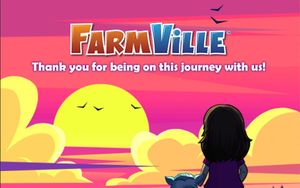 
The end of FarmVille


Legacy gets set for its League of Legends 2020 Worlds campaign 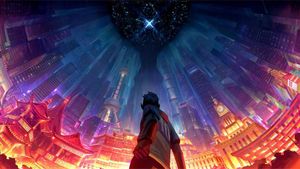