Star Trek: Lower Decks is the most human Star Trek yet

Let go of your lofty Starfleet ideals and come spend some time on the lower decks in this fun, adorable adult cartoon.

I’m a pretty big Star Trek fan, though I didn’t get into it until my 20’s which is now apparently ten whole years ago, potentially twenty if you count 2020.

As a kid no one around me really watched the show, so it wasn’t until I found good people to introduce me did I fall in love. I’d never seen something so dedicated to the human potential to be better and do good and be better. Add in space and it’s just a bit of a winner for me.

My first Trek was TNG and Picard will probably always be my captain. There’s a resolve and ideology within him I just respect so much. TNG also struck such a strong chord because it’s defiantly political. If you consider wanting to do good and be kind and work towards the betterment of all a political concept. It seems to be nowadays.

Then we moved to Voyager and with the addition of seven-of-nine I felt my life paralleled. As someone who is possibly autistic or maybe just really different raised by parents who at least one of is probably autistic but no doctors can give me a straight answer on it all, I know what it’s like to enter the world of people, feeling as though you’ve been raised by robots. Smart and capable, but often feared and alienated, certainly misunderstood.

Now I’ve seen almost all Star Trek has to offer. There are gaps here and there but I’m pretty well versed on the verse, and happy to be so. It’s a rich world with a lot of ideas I enjoy. But it’s not perfect. It can be daggy, dated, and just a bit dumb sometimes. And that’s why I’ve really loved Star Trek: Lower Decks.

Lower Decks is the recent adult cartoon addition to the Star Trek lineup and I’ve had a lot of fun watching it. The focus is on the crew you wouldn’t normally see, those in the lower decks doing grunt work. It’s not Trek as you know it, it’s a bit dirtier, a lot dumber, and generally happier to admit the mistakes of the past.

Every episode has tonnes of small touches that make fun of everything Star Trek has been until now, but in a fairly loving way. I think as a fan this is something you’re either going to love or hate. I personally enjoy laughing at things like how pompous and important the Bridge Crew are perceived to be after watching countless Trek episodes entirely focussed on bridge crews.

Even just the opening credits are a testament to this attitude. They feature scenes with the crew’s ship, the Cerritos, looking as iconic yet somewhat smaller than any fleet ship we’ve seen. Instead of majestically exploring the universe it bumbles around. Damaging itself on space ice, turning tail at the first site of the Borg. The opening crawl makes me laugh every time, even though it’s the same, because it’s just such a perfectly human view of Starfleet.

And I think that’s something that’s been missing for a while now. Starfleet is always held up as an institution to aspire to. It has some pretty big failings now and then but ultimately they’re a paragon of integrity and do-gooder heroism. Lower Decks acknowledges that you know what, maybe sometimes people will be the blubbering messy meat bags we are, and that’s ok too.

Perhaps I just like it because it's a Starfleet I could see accepting me, the messy meat bag that I am.

Not every episode of Season 1 is a total banger. Some are definitely far funnier than others, or have more interesting plots, but I’ve genuinely enjoyed them all so far. They bring a nice levity to the Star Trek universe that isn’t anywhere near as safe as I expected. In the final episode the phrase “Wolf 359 was an inside job” crops up and I spat out the entire contents of my mouth and soul laughing. It’s so beautifully unafraid to make fun of itself, and us in turn and I just adore that.

If you’re into adult cartoons like Archer, Harley Quinn, and even a little bit of Rick and Morty that’s kinda the vibe of Lower Decks. You just have to let go of your lofty Starfleet ideals and come down in the muck with the rest of us for a while. Come on down to the lower decks. Where the holodeck tries to kill you in even stupider ways than it did before. 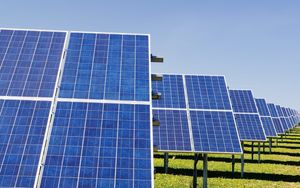 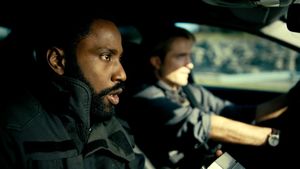